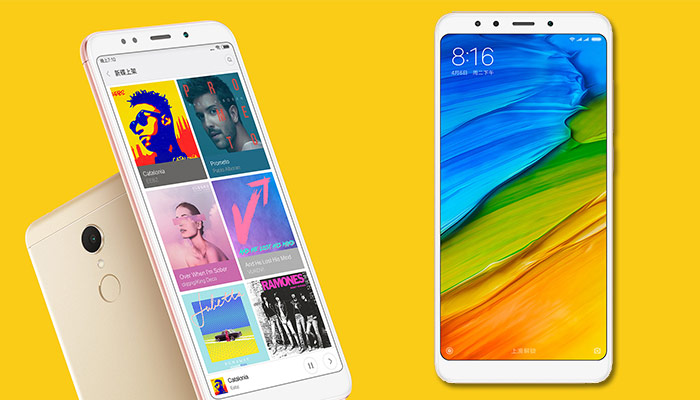 The Redmi 5 Plus is an absolute steal!

We’ve finally got our mitts on the Redmi 5 Plus – the first of many Xiaomi smartphones to feature their new 5.99 inch 18:9 FHD+ screen. The same display specs we also find on the Mi Mix 2S, Black Shark, Mi A2 and Redmi Note 5!

While it’s been available for a few months now, Xiaomi’s super-fast release cycle means that newer models have pushed the price of the Redmi 5 Plus down to uber-bargain levels. This has also given time for a Global Edition to be released, supporting the much-needed 4G Band 20, often missing on import phones.

Under the hood it’s a familiar setup, but before we plunge into the full review let’s have a quick run through of the pro’s and cons…

Order your Redmi 5 Plus now! 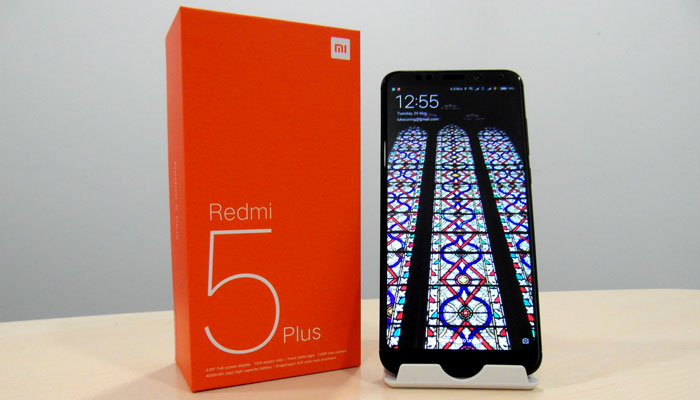 The new screen setup is clearly the star of the show here, so that’s where we’ll start. So how does the display perform?

Having been hands-on with the Redmi 5 Plus for a few weeks, it’s clear to see why Xiaomi have decided to make this their de facto flagship display choice. The 403 PPI resolution is crisp, colours are accurate and the 4000mAh battery means you can keep the brightness nice and high.

Viewing angles are also excellent and although not OLED, there’s no obvious light leakage with black levels being respectable.

Overall, other than the screen, the design will be familiar to Redmi Note 4 owners. The volume and power buttons are on the right and you’ll find the micro-usb port, primary mic and single speaker at the bottom.

The left side houses the hybrid dual SIM/micro SD tray, and the secondary mic, 3.5mm jack and we’ve also been treated to an IR blaster are at the top. Finally, on the rear is the fingerprint scanner, single camera and dual LED flash.

The phone is constructed with the usual, excellent Xiaomi build quality, meaning you get a premium finish with no gaps, creaks or rough edges. The only complaint here would be the plastic antenna housing at the top and bottom of the rear panel – this looks out of date and Xiaomi need to find a more elegant solution going forwards.

The main body is made from a rather slippery aluminium alloy which, in the black version that I’ve been testing, shows up fingerprints easily. You do get an official case included in the box which helps and is fairly slimline. 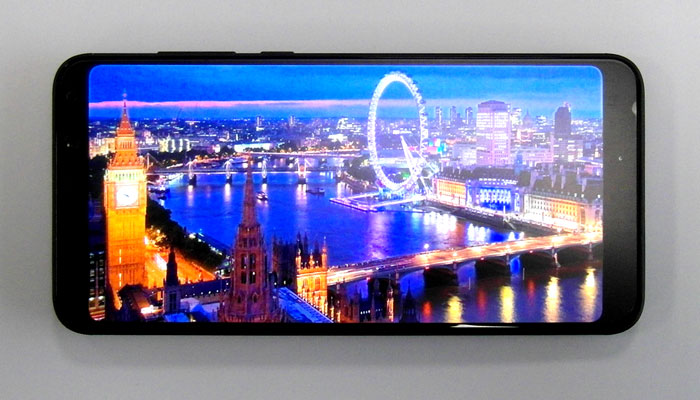 Also familiar to Redmi Note 4 owners will be the CPU, RAM and memory options. While it’s been around for a while, the Snapdragon 625 CPU is still up to the job, and there are a number of different RAM and storage options for you to choose from.

Performance is what we’d expect from the Snapdragon 625. Apps open quickly, the phone feels responsive without any freezing and overall it’s a premium software experience.

Compared to a flagship device, you’ll notice that some apps take a millisecond or two longer to open but nothing in any way intrusive. The 4GB’s of onboard RAM means there’s also more than enough memory to multitask all day long without any slowdown.

Benchmark results show that the Redmi 5 Plus is more than able to hold its own against any of its current mid-range rivals.

Now onto one of the Redmi 5’s big drawbacks. It’s still running on Android 7.1.2, an Oreo update is promised but current rumours suggest it may not arrive until August.

As with all Redmi devices you’ll find the MIUI Android overlay on the 5 Plus. It’s one of the most up to date versions however, MIUI 9.5.11.0.

A plus point is that Xiaomi have a great track record of supporting their devices after launch. You won’t find yourself being abandoned like you can with a lot of other Chinese manufacturers. Heck, even a lot of household names in Europe & the US often leave us frustrated on this front. 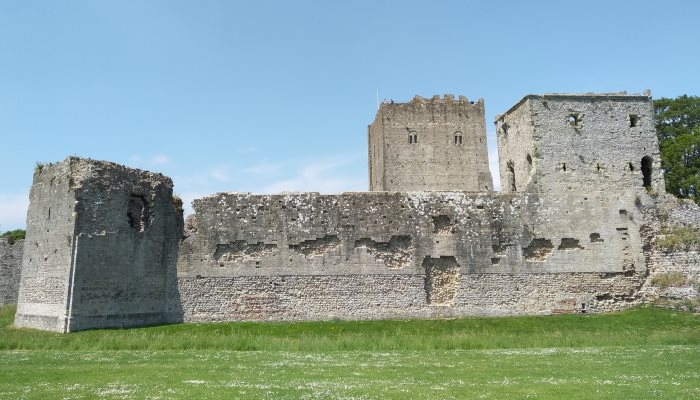 The camera on the Redmi 5 Plus is a single OmniVision sensor, which we also see in the dual-setup on the Xiaomi Mi A1. Overall, I’m happy with the photos that the Mi A1 produced. I’m glad to report that the 5 Plus is capable of producing almost as good results.

In well-lit situations, the Redmi 5 Plus produces sharp and detailed photos with accurate colours. Check out our Redmi 5 Plus camera sample album. As expected, the images are visibly better than those produced by the Redmi Note 4, which had a tendency to be slightly softer.

In low light, performance is not so great but par for course for mid-range devices. HDR can be a little hit or miss. In some cases it enhances the image by smoothing the dynamic contrast, but in other situations the brightness can be a little over-blown and the subject loses definition. 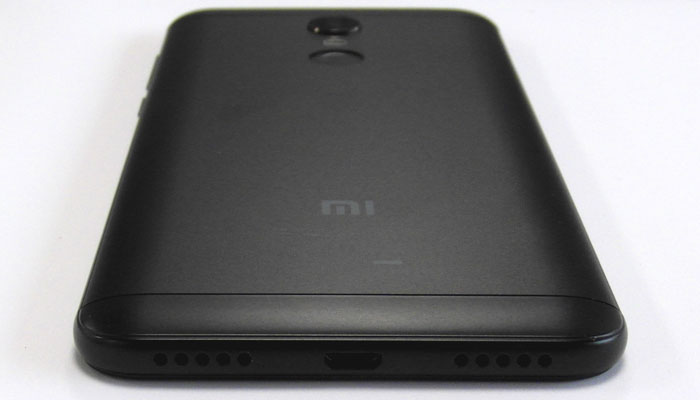 With an efficient CPU and a very generous 4000mAh battery, you’d expect the Redmi 5 Plus to be an endurance champ, and you’d be right!

I’ve found that I’ve had more than 55% battery by the end of the evening most nights. Also impressive is the fast charge times provided by the Quick Charge 3.0 charger provided.

As this is a Redmi phone, you get a hybrid dual sim/micro SD slot, though the 64GB storage in my review model is very generous. I’m happy to see that a 3.5mm jack is present, but still haven’t found a real use for the IR blaster in the UK – though I’m sure someone out there wants it!

Being more of a budget option I can forgive the lack of NFC and AC wifi, but I hope this is the last generation of Redmi phones that doesn’t have a USB-C connector.

I’ve been using the GPS regularly and it performs well. Bluetooth connects quickly and reliably both in my car and using the Macaw TX-80 headphones. 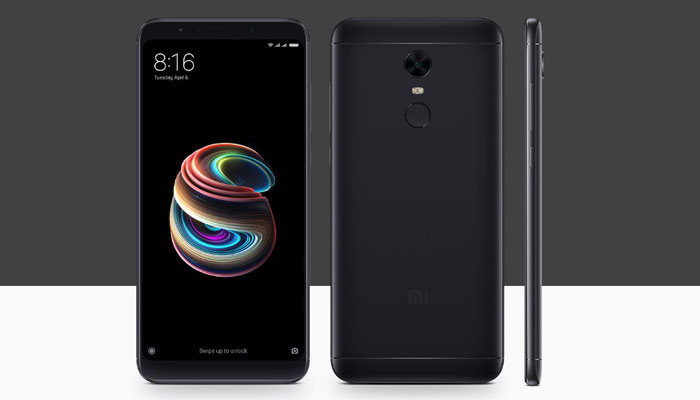 Redmi 5 Plus – The Verdict

Recommending the Redmi 5 Plus is easy. You simply will not find a better phone for the price. It’s a great all-round performer, and even though the CPU is getting on a bit you don’t notice this in day-to-day usage.

While it’s a clear improvement on the Redmi Note 4, thanks to its fantastic display and better camera, it’s perhaps not enough of an evolution on this to warrant an upgrade for any Note 4 owners.

For any bargain hunters out there, this is a no-brainer. You really should look no further than the Redmi 5 Plus.

Full UK 4G Network Coverage? Yes! – The Redmi 5 Plus is available in Global Edition, which supports Band 20. Check to see if this affects you.