Vernee are one of the newer kids on the import smartphone block but so far we’ve been impressed with their phones. Featuring a brand new CPU, generous specs and four cameras, the Vernee X has caught our attention.

But, let’s not beat around the bush, the star of the show here is the 6200mAh battery… I’ll repeat that… 6200mAh! SIXTY TWO HUNDRED MILLIAMP HOURS! That’s, like, nearly enough to power your house for 3 months*

Previously we’ve been hands-on with the Vernee’s Apollo X and Mars finding both to be great value for money. So I’m excited to find out more about the Vernee X, which is currently available to pre-order at around the £190 / $250 mark.

So, what does the Vernee X bring in order to justify its solid mid-range price tag? We’re about find out… but first… let’s look at the Pro’s & Cons.

* Disclaimer: I might have been ever so slightly exaggerating, but it’s still a huge battery! 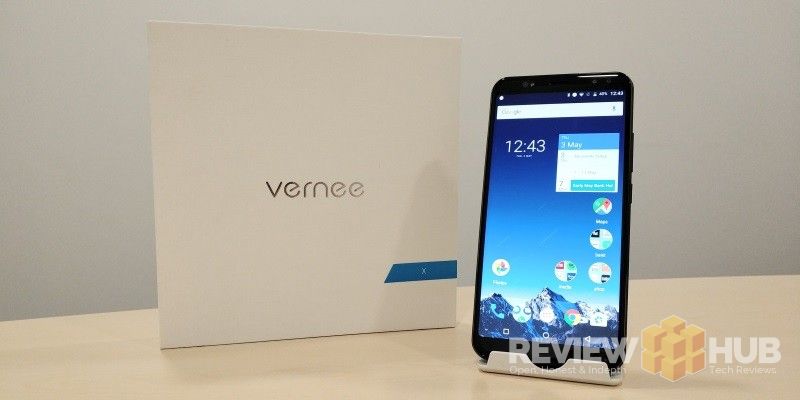 The first thing you’ll notice about the Vernee X is the vast 6 inch screen. This is in the 18:9 aspect ratio, which is fast becoming the norm and is packing 2160×1080 HD+ resolution. While it’s not exactly bezel-less (Vernee are leaving that to the recently released Vernee Mix 2) it’s certainly in keeping with current trends.

Vernee have made a real effort the slim down the top & bottom areas of the phone which gives it an overall, impressive screen-to-body ratio of 83.8%. To do this they’ve moved the fingerprint reader to the back.

The screen is the standout feature of the Vernee X in my eyes. With such a large battery you can keep the brightness up high. This helps greatly in outdoor viewing. You can also hide the on-screen buttons to make full use of the whole display.

At 9.8mm thick we can excuse the slightly large proportions of the Vernee X.  This is the price you pay for that huge battery, and it’s an acceptable compromise in my eyes. I didn’t find the size or weight of the phone a problem, and I’m used to using the much smaller Xiaomi Mi 6.

Vernee are no strangers to producing excellent build quality either with the Vernee Mars being exquisite.  While it’s alleged to be constructed from a metal alloy, the rear of the phone does have a distinctly plasticky feel to it. In its defence, it’s not overly slippery and all in all build quality seems robust. 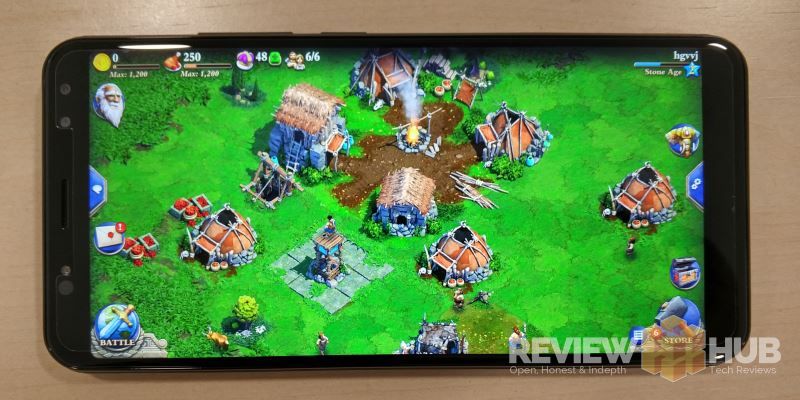 So it looks and feels the part, but how does the Vernee X perform? The good news is that it’s running the Helio P23, Mediatek’s latest mid-range CPU.

Delivering improvements in (amongst other things) battery life, image processing and 4G speeds, the Helio P23 has already become the standard CPU that we see in the ‘premium midrange’ import smartphones in 2018.

Graphical number-crunching is provided by the all-new Mali-G71 GPU, which helps the Vernee X run all but the most graphically intensive games with no slowdown or stutter.

Vernee have also provided 6GB RAM to ensure that the X multitasks like a master. With 128GB of onboard storage you’ve got a lot of space to fill, but if you manage this fear not as there is also a slot for a Micro SD card.

Though it’s not all good news. You’ll find Android 7.1 onboard, running a light skin called VOS (Vernee OS). Vernee had promised an OTA update to Android 8 “Oreo” soon after release, but the latest news I’ve seen points to this being available in June 2018. 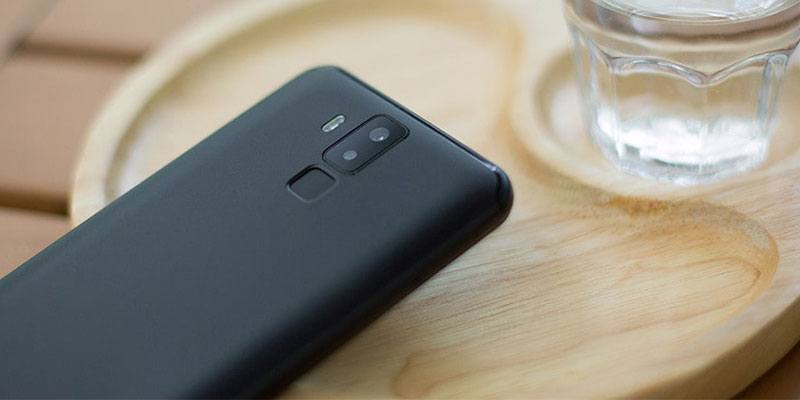 The Vernee X has dual lenses for both the main rear camera and also the selfie camera on the front. To the rear, you’ll find a 16MP main lens with a 5MP buddy to help with depth sensing and add the ubiquitous portrait mode.

The dual lenses on the front make for a slightly more unique proposition. This is to create the portrait/bokeh effect on your selfies. Whether this is a useful addition or a marketing gimmick remains to be seen. You’ll also find a flash on the front for your night-time selfies!

The selfie cameras will also provide the Face ID security functionality. You guessed it… you’ll can unlock the Vernee X with your face! There are a few different ways that this technology can be implemented, some more secure than others.

Having tested many different phones with dual cameras there is a clear rule of thumb… Without exception, the success comes down to how much the phone costs.

In decent lighting the Vernee X produced good photographs of stationary subjects – certainly the equivalent of most phones in the price bracket. Notes for next time though Vernee – please improve focus speed and low-light performance, and Bokeh snaps are particularly bad. 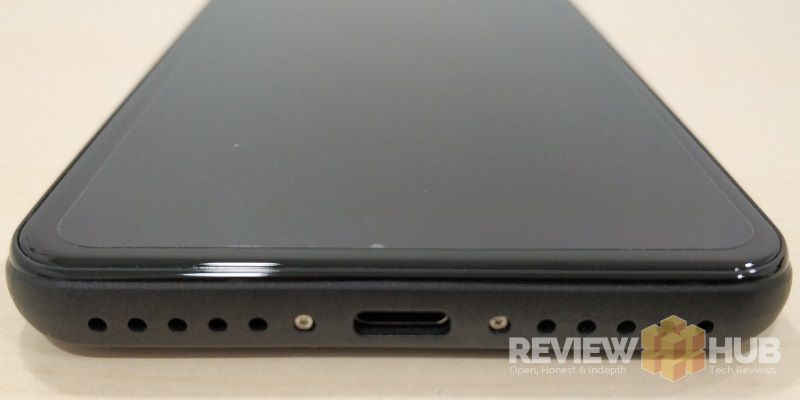 This is where the Vernee X scores impressively, thanks to its huge 6200mAh battery. This is almost twice the size of a normal smartphone batteries… Coupled with the efficient Helio P23 CPU this is very nearly a fully 3 day performer.

I’m also very happy that the Vernee X features a USB-C connector for charging. The onboard fast-charging technology means that from 0% I would generally see the Vernee X fully charged within 2.5 hours, which may seem a long time, but remember it is a monster battery!

Here at Review Hub, we’ve been watching the progress of Vernee with interest since they arrived little more than 2 years ago with the Vernee Thor.

They’ve been making progress in all the right areas, and given the combination of the latest CPU, plenty of RAM and storage and a huge battery we think that the Vernee X is a very competent all-round performer.

As long as Vernee keep their side of the bargain and eventually deliver the upgrade to Oreo, and the cameras perform well, the Vernee X may prove to be the first great bargain of 2018!

You can find all the tech specifications for the Vernee X below. If I’ve missed off a parameter that you’re looking for just comment below.