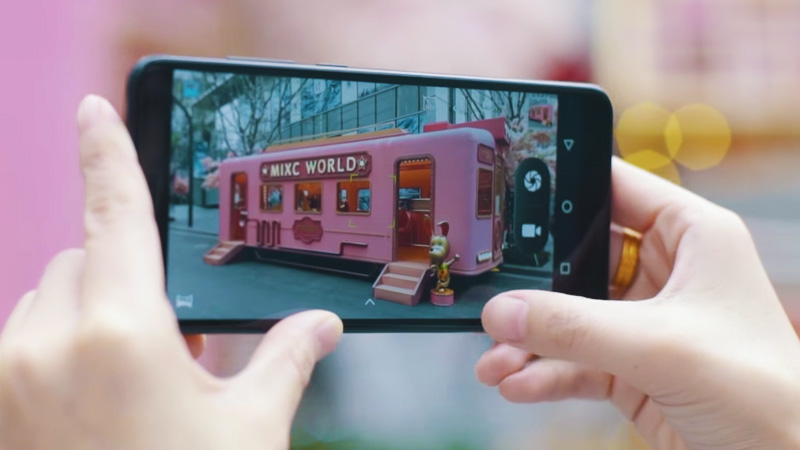 Vernee’s slimmest phone yet… the Vernee M6 is here!

Vernee have now released the M6 which is their slimmest smartphone to date, plus it has a budget-friendly price tag to match!

So, what makes the Vernee M6 stands out?

Well if you’re sick of lugging around a heavy 6 inch phone, the M6 might just be for you! It’s lightweight at only 150g and also super-thin at 6.9mm. Pocket-friendly design = 10/10.

Vernee also includes their lightweight VOS launcher, the same as we saw on the Vernee Mix 2. Unlike some rather annoying manufacturer launchers, VOS is customisable letting you switch to NOVA Launcher or similar.

So let’s see what the M6 has to offer and whether it’s a worthy contender to my personal favourite smartphone under £100, the UHANS MX. 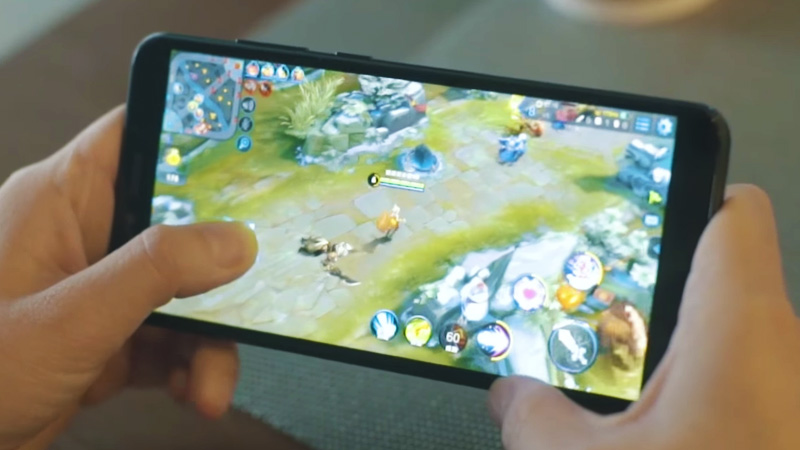 There are so many phones out there that, design-wise its hard for new phones to stand out. That being said, kudos to Vernee, the m6 does look good!

With its metal back plate and curved corners, it looks every part the premium phone, rather than the sub £200 imposter at the party.

On the display front, the Vernee M6 has a 5.7-inch IPS HD display with a 720 x 1440 resolution. The 18:9 aspect ratio that we’ve become used to means the first thing you’ll notice is that most of the front is all screen… that’s what we like to hear!

With the screen size and resolution calculated, we get a PPI of 282. Not bad, but not the eye-popping clarity we get from a full HD panel.

In terms of build quality, Vernee has opted for a metal build with a frosted finish which in my opinion is a great idea.

Metal phones feel great in your hand, plus it won’t be a fingerprint magnet like a lot of glass backed phones! They’ve also included a rear fingerprint reader which isn’t my favourite place for it, but that’s just me!

What makes this phone special, isn’t a new groundbreaking design. It’s how light and thin Vernee has kept the M6. Which just happen to be two of the biggest factors that go into making a smartphone feel premium in your hand. 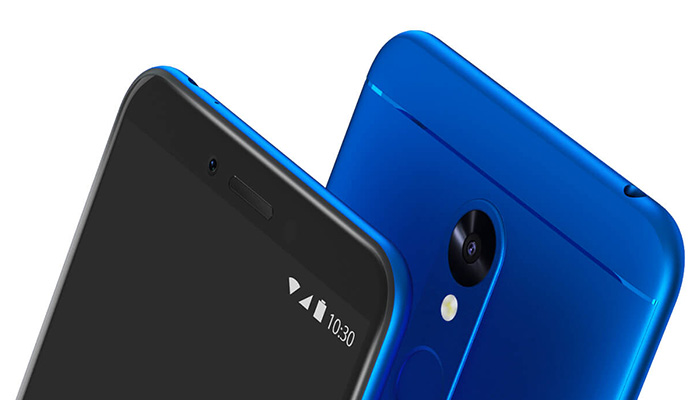 Under the hood, the Vernee M6 has got the MediaTek MT6750C which is a popular mid-range chip which we’ve seen in other similarly priced phones like the VKWorld S8. This level of power is excellent for a light Android user with lag free switching between apps.

Coupled with the MT6750C is the ARM Mali-T860 which will be able to run all 2D titles with no problem and most 3D game titles stutter free.

The Vernee M6 has got 4GB RAM and 64 GB of storage which you can extend to 128GB with an SD card in the second SIM card slot.

Now there’s a bit of trickery going here, where Vernee says ‘Android 8’ in the specs, it’s actually the VOS launcher which is based on Android 8. VOS promises a more power efficient experience with power saving mode and motion gestures… sounds interesting!

If it’s anything like the bloat-free experience we had with the Vernee Mix 2, then we’re definitely onto a winner!

For a phone in this price range, its good see Vernee including a 16MP rear camera. The photos will lose some quality as the lens is actually only 13MP but has been interpolated up to 16MP.

It also features a single LED flash, 0.2-second fast focus and f/2.0 aperture. And the selfie camera is packing 8MP with beauty mode and facial recognition.

We haven’t had a chance to take the M6 out into the field yet, but based on our camera samples from the Vernee X and the Vernee Mix 2… don’t get your hopes up! 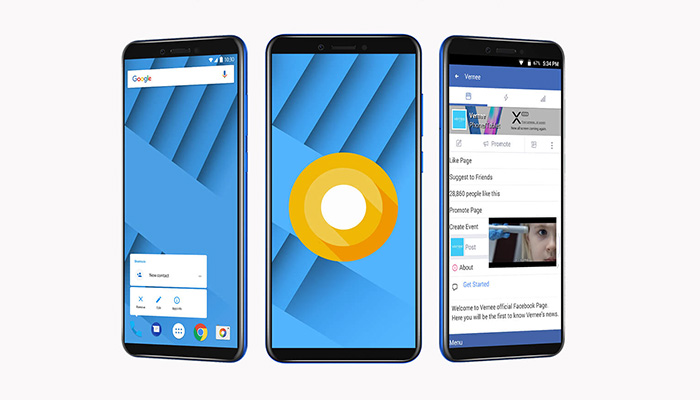 Overall the Vernee M6 has a lot offer at an attractive price-point. You’re getting an HD+ 5.7-inch screen, with an all-metal body which makes it’s so light you’ll be able to put it in your pocket without it weighing you down!

When you compare it to phones with similar price tags and processors like the Bluboo D5 you’re getting more screen (5.5 vs 5.7, more battery (2700mAh vs 3300mAh) and a notification LED, winner!

The Vernee M6 would be great for any light Android user who wants a nippy daily driver for social media and checking emails.

Like what you see? Check out the best deals below…