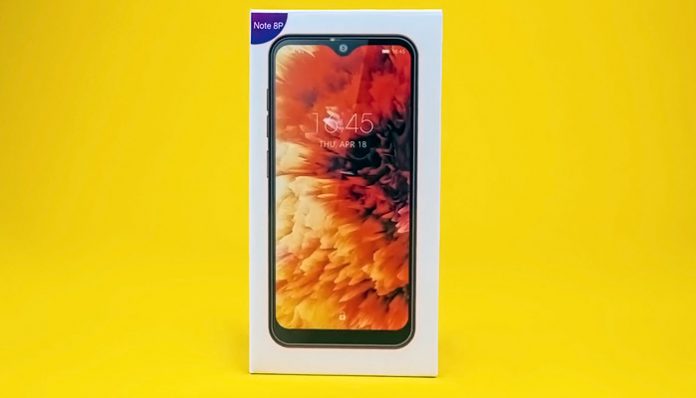 Chinese manufacturers are always pushing the boundaries and often creating whole new price segments for smartphones. I mean who’s ever thought that they could get an Android device for a tad over £50?

But now you can, thanks to Ulefone and their super-budget Note 8P!

This smartphone packs a 5.5” IPS LCD powered by a 2700mAh battery. Whereas under the hood, you get the MediaTek MT6737 processor which runs the nimble Android 10 Go: a lightweight version of Android designed for low-spec’d devices.

But enough with the introduction, let’s get to the obvious question we all want answered – Is this phone any good? And can it really offer a usable experience? Well, that’s exactly what we’ll be looking at in this in-depth review of the Ulefone Note 8P. 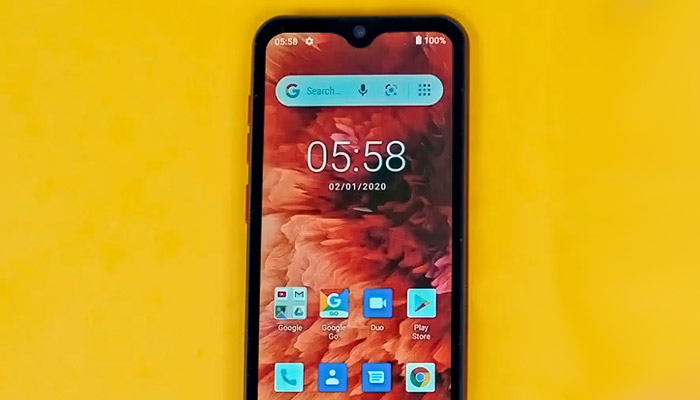 The display on the Ulefone Note 8P falls under the “it’s so affordable I can’t complain” category. Now, I’m not saying this because of the small 5.5” screen. In fact, I like compact small-form-factor smartphones. But the display quality should be good, and with the Note 8P, that’s just not the case.

This phone comes with a 442 x 960 screen resolution, which gives you a pixel density of 193PPI (Pixels Per Inch). Which you might call good for a phone released in 2015. Yeah it’s not the crispest display, but… when you add to this the undersaturated colours, low brightness and bad viewing angles, it’s not looking good.

And all these don’t even touch on the fact that the display is surrounded by thick bezels on all four sides. There’s even an intrusive tear-drop notch, despite having ample space on the bezels to house the selfie camera.

But all things considered, a lot of other phones in this price bracket feature similar quality displays. 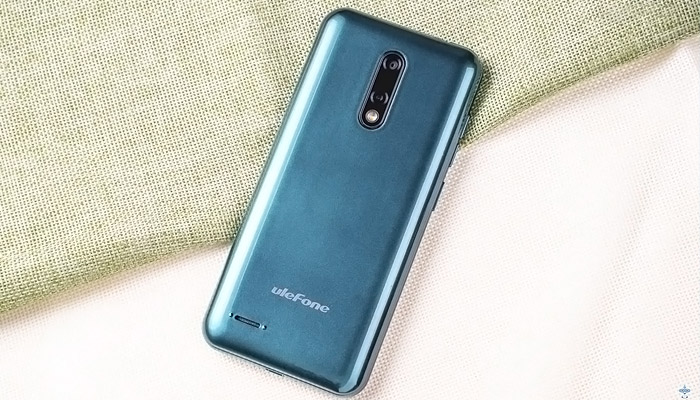 The Ulefone Note 8P is a compact smartphone, almost comparable in size to the Google Pixel 4a. It’s only when you pick it up and notice its 12mm thickness that it reminds you of the old chunky Nokia feature phones from the 2000s.

That being said, it’s comparatively lightweight at just 153g and can be comfortably used single-handedly, thanks to the curved sides. But the in-hand feel isn’t all that good, and the plastic back panel feels cheap and low-quality – which is expected given the price point.

Oh, and did I mention that you can open the back panel on this phone? But don’t get too excited as the battery is still non-removable. The back panel only comes off to reveal the SIM slots and the MicroSD card compartment. 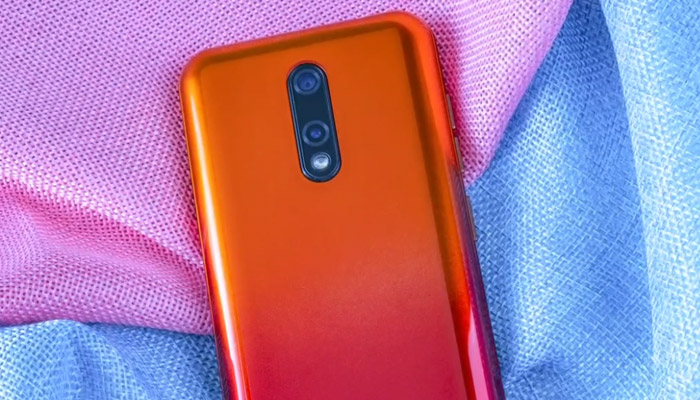 The camera performance on the Ulefone Note 8P is pleasantly surprising. In fact, I’d say it takes some of the best pictures in the ultra-budget price bracket. The 8MP+2MP dual-camera setup captures a decent level of detail, as long as you’re shooting in well-lit environments – preferably outdoors on a sunny day.

However, you wouldn’t be able to notice this if you view the pictures on this phone’s low-quality display. It’s when I transferred them over to my PC that I realised the images are actually usable.

The same goes for selfies taken with the 5MP front camera – some of the best at this price point.

The Ulefone Note 8P captures 720p video with its rear cameras and 480p video with its front. The overall video quality is comparable to the stills – as long as you flood it with enough light, you’ll get discernible amount of detail.

To compensate for the low-end specs, the Ulefone Note 8P uses Android 10 Go – a stripped-down version of Android that’s optimized for less powerful hardware. But even still, the 4-year old MediaTek MT6737 processor is too outdated to deliver a smooth, lag-free experience.

While navigating the UI, I experienced mild stutters and hiccups, and even lightweight apps took nearly 2-3 seconds to load. But once an app opens up, it’s a reasonably usable experience. I didn’t face any deal-breaking issues while streaming YouTube, texting on WhatsApp, sending out emails, and even browsing the web.

Similarly, casual games like Subway Surfers are also playable. But that’s as far as you’ll get with the 2GB RAM and Mali T720 GPU. More intensive workloads result in sudden freeze-ups and app crashes.

The storage situation could also be concerning as you only get 16GB, which’ll fill up way too quickly. As such, I recommend that you pop-in a TF card to take advantage of the 128GB MicroSD expansion. 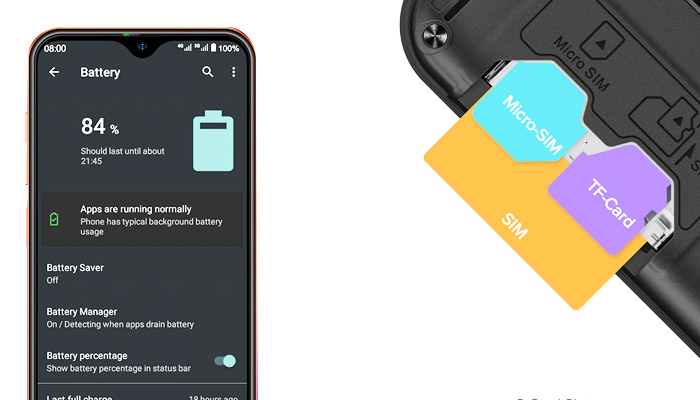 Judging by its 12mm thickness, I wasn’t expecting this phone to carry a tiny 2700mAh battery. Thankfully, the battery drain isn’t too heavy as it’s spared by the small screen size, low pixel count, and Android Go.

With casual usage (which, by the way, is all you can do on this phone) like making calls, browsing Social Media, and streaming a few YouTube videos, I was able to get around 5-6 hours of screen-on-time. As such, this phone should last you through a full workday.

Furthermore, the included 5W charger does a decent job at powering up the low capacity battery and takes just over an hour to get this phone from 0-100%.

On the connectivity front, the Ulefone Note 8P is spec-ed more like a feature-phone than a smartphone. You get a 3.5mm headphone jack paired with a micro-USB port, WiFi 4 (a/b/n/g), Bluetooth 4.2, and A-GPS support.

But the most bizarre thing is that it ditches support for nano-SIMs. Instead, after removing the back panel, you get access to two SIM slots – one accepts a standard 4G SIM while the other accepts a Micro 4G SIM.

Thankfully, you get a pair of SIM-adapters with this phone to convert your nano-SIMs to the necessary size.

The Ulefone Note 8P skips on the fingerprint reader, which is typical for ultra-budget smartphones. Instead, you get support for AI-powered Face Unlock. But it’s just so painstakingly slow and often inaccurate that you’re better off entering the pin/pattern to unlock the screen. 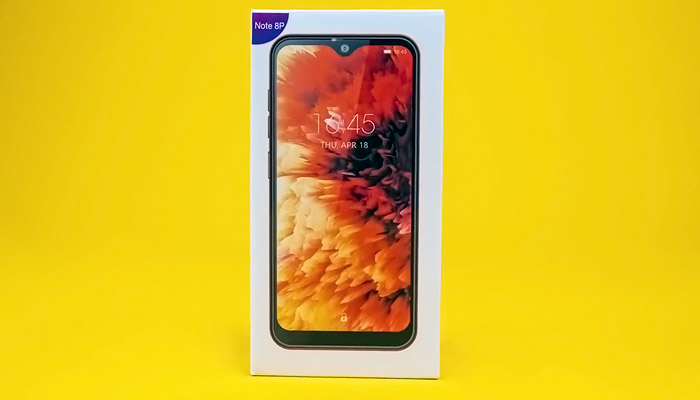 While the Ulefone Note 8P certainly isn’t for everyone, it does have a target market. And that’s those who want a basic feature phone for tasks like making calls, texting, light web browsing, and watching YouTube.

And since you can get this phone on sale for as little as £50, then why heck wouldn’t you.

On the other hand, if you’re looking for a cheap phone for your kids, then they won’t be happy. This is definitely a Grandad, Granny phone only.

If you’re looking for one of the best phones for under £150, then you need to read this: