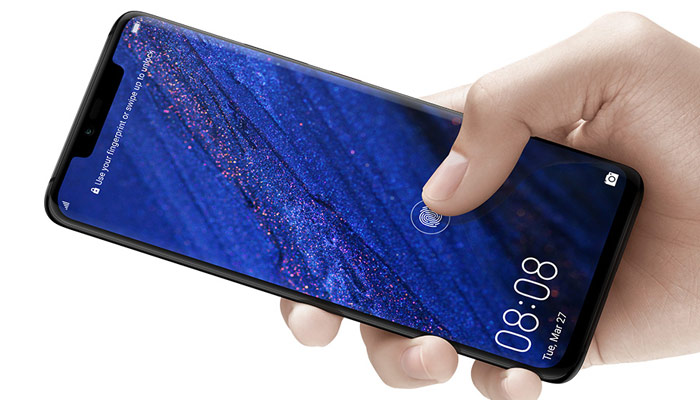 This is the first smartphone innovation leap that’s got me truly excited in a long time! Why? Because I’ve never been a fan of Face-ID, and rear-facing fingerprint readers just don’t work for desk dwellers like myself.

With most of the smartphone innovation happening invisibly, more pixels, smaller bezels and a slightly improved camera… having an in-display fingerprint reader is super exciting. And yeah I know it’s technically invisible as well. But it’s something you can show off to your jealous friends with a smug look on your face!

In fact, it’s so god damn futuristic I feel like my childhood movies are becoming a reality! Next stop, save up for a hover-board!

If you want to get nerdy, I’ve put together an ‘in-display fingerprint reader FAQ’ at the end of this article covering the Pros & Cons of Optical vs Ultrasonic sensors. As always, sharing is caring and enjoy!

So here it is; a comprehensive list of all the smartphones you can get that have in-display fingerprint readers! 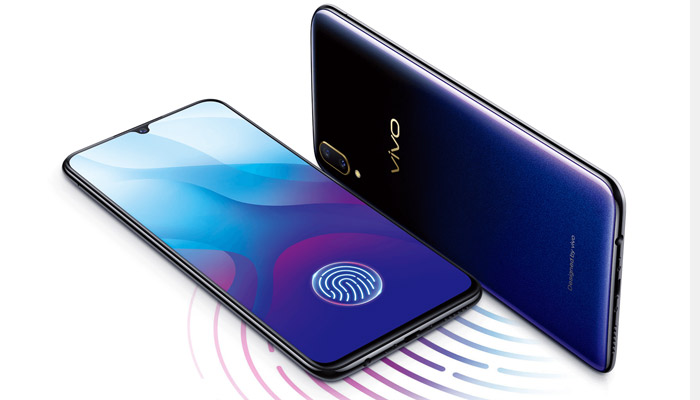 I know right, with all the hype over Apple & Samsung smartphones, it’s a completely unknown (in the west) Chinese phone brand that created the first in-display fingerprint reader!

And that’s a real big problem for us! No, I’m not a xenophobe, if you take a look at my Import Phone Guide, you’ll know that globally smartphones work on different frequencies.

Don’t let this put you off though, VIVO smartphones are beacons of premium high-end innovation. They use an optical fingerprint reader created by the team at Synaptics.

Note: If you’re buying to use the U.K make sure the model you buy comes with support for 4G FDD Bands 3,7 & 20. For elsewhere, always check that the 4G bands are supported.

OnePlus has never had a big smartphone range with only two of their devices ever available at the same time. They focus on creating a smash-hit mobile phone that’ll win over their loyal fans.

The latest OnePlus smartphone, the OnePlus 6T (or OP6T) will be the first to include a ‘Biometric In-Display Fingerprint Reader’ as standard. OnePlus has chosen to use an optical reader for the 6T.

Yes, it hasn’t taken Huawei long to also jump on the in-display band-wagon. They’re going to release the technology in their upcoming flagship device, the Huawei Mate 10.

You can expect it to trickle down in Huawei’s camera focussed P range and early next year we’ll also see it on the more budget focussed Honor brand. Both the Honor 10 & Mate 20 will both use the more accurate ultrasonic fingerprint reader technology.

Currently, Samsung hasn’t released any smartphones that include an in-display fingerprint reader. Hot off the rumour mill, is that the upcoming Samsung Flagship, the Galaxy S10, will include this sought after feature.

Samsung will also be working with Qualcomm to bring an ultrasonic in-display fingerprint reader to its next flagship lineup. 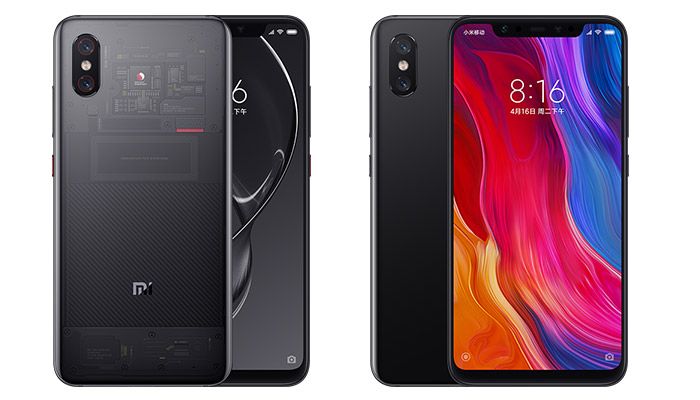 As we’re big fans of Xiaomi here at Review Hub, it’s great to see them make this list with their Xiaomi Mi 8 Explorers Edition. We’ll likely see this feature trickle-down into all of Xiaomi 2019 smartphone range. 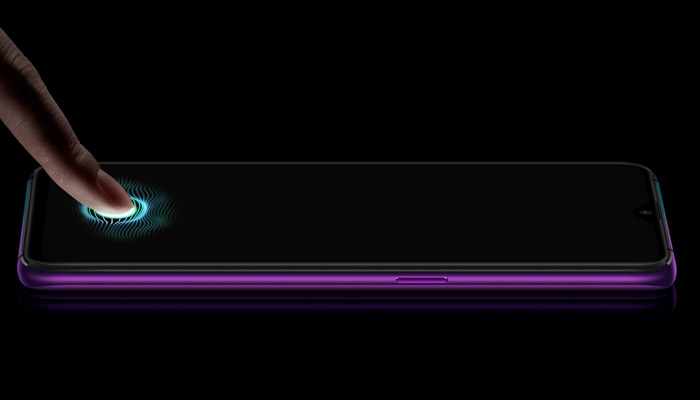 OPPO is another smartphone innovator who is relatively unknown in Europe. They entered the main-stage last year when they released the all-display OPPO Find X and even budget options with small notches.

While the Find X doesn’t feature an in-display fingerprint reader, their latest photography smartphone does. The sensor type used in the R17 is optical. 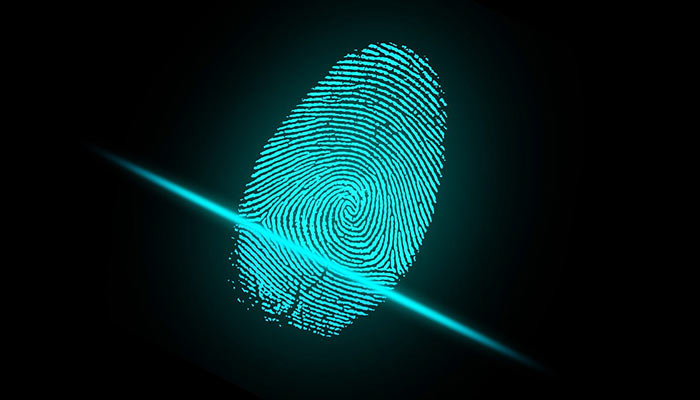 Whether you call it in-display or under-display, there are currently only two types to choose from. In-display fingerprint scanner types: Optical & Ultrasonic.

Optical sensors aren’t new technology and work the same way as a camera. They work by capturing the light bouncing off your finger and matching the image to the pre-stored fingerprint data.

Optical readers are more susceptible to dirt and grease on the smartphone glass when compared to ultrasonic. They also have difficulty working on wet fingers due to the light refraction.

Qualcomm currently makes an ultrasonic in-display fingerprint reader that works through glass up to 800 microns thick. This ultrasonic reader is exclusive to the Huawei Mate 20 and Honor 10 until early next year when it’ll be licensed for the upcoming Samsung Galaxy flagship.

Ultrasonic sensors work by sending out sound vibration waves. These are then bounced or blocked by your finger. An algorithm can then determine in minute details the shape of the grooves in your finger. It also has the advantage of accuracy as it can be used on wet fingers as well.

Since in-display fingerprint readers are hidden, AMOLED always on displays help with guiding your finger to the right location.