Now even your diffuser is WiFi & Alexa enabled!

The Star Trek future that I dream of… where every device is connected and activated by voice commands just got a little bit closer thanks to Oitmm and their new range of smart-home devices. Your dumb old aroma diffuser just got an upgrade! 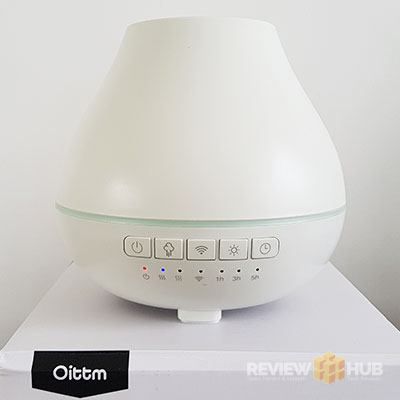 The latest Oittm gizmo we got our hands on is their WiFi ready Smart Aroma Diffuser which, as well having physical buttons, can be completely controlled by your smartphone using either the Smart Life app or via Alexa Voice commands.

It’s not the first diffuser I’ve used, but it is the first that is WiFi ready with voice integration & IFTTT support.

I’ve been using the Oittm 200ml Diffuser every night for the last two weeks to see how it holds up when used by a simpleton like myself.

In this review, I’ll cover the pros, the cons and my overall experience with the Oittm smart diffuser letting you know whether you’re getting bang for your buck or you should shop elsewhere. 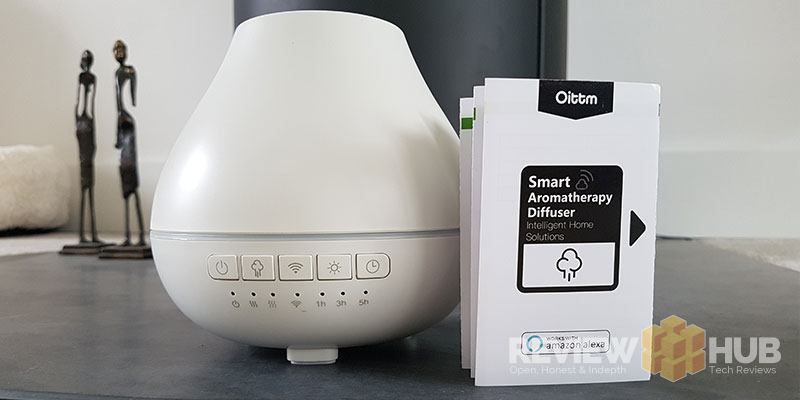 The first thing I noticed after unboxing the Oittm Smart Diffuser is that it’s not the same crisp white shade as the online photos or on the box. It’s more of an off white / beige but still looks good. If you were dead set on clinical white then you’re going to be disappointed.

The whole unit comes pre-assembled with the charger hidden inside the water well. So… like me… don’t get frustrated straight away thinking they’ve bloody forgot to include the charger…

When you take off the lid, you find the water well and inner lid which catches any splashes from the ultrasonic motor. It’s a simple device with only two parts to it, making it super simple to use, clean and operate.

Overall, it feels well made and looks stylish, easily fitting into your living room or office without looking out of place. 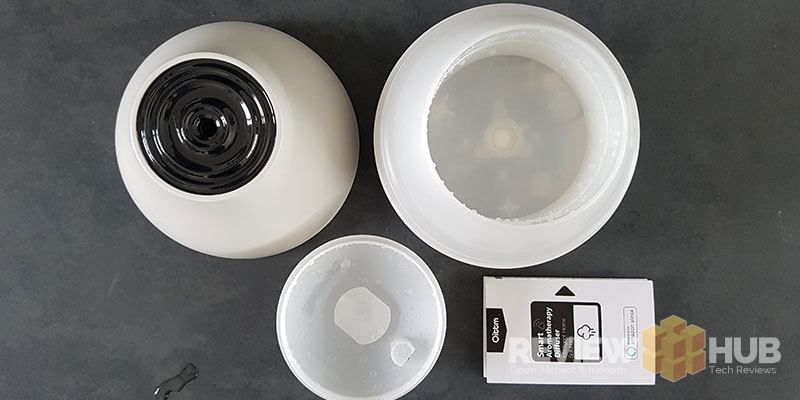 Diffusers are a welcome addition to most homes with the diffusion of aromatic oils throughout the room creating a peaceful calming atmosphere and hiding and unwanted smells.

The Oittm smart diffuser easily fills a room with your chosen scent in around 15 minutes. During my two weeks with the Oittm, I really enjoyed having my living room filled with a variety of essential oils smells from lemongrass to chocolate orange.

Its efficient diffusion does come at a cost though…

As the diffusion effect is quite powerful you lose the wispy smoke effect that you see on other less powerful diffusers. The Oittm diffuser projects the mist directly upwards in more of a chimney effect than a waterfall flowing mist effect.

Also, as the LED backlight isn’t the brightest it can be difficult to see the mist against light coloured walls. I think a nice touch would have been to make the outer plastic shell slightly translucent to create a subtle glowing effect and enhance the inbuilt LED light.

So it’s a choice of form over function with the Oittm. Do you want the peaceful waterfall mist effect or a diffuser that quickly fills a room with great scents. The Oittm diffuser leans towards the second…

Once the sun sets, the Oittm diffuser comes into its own with the dimmer LEDs being much easier to see. 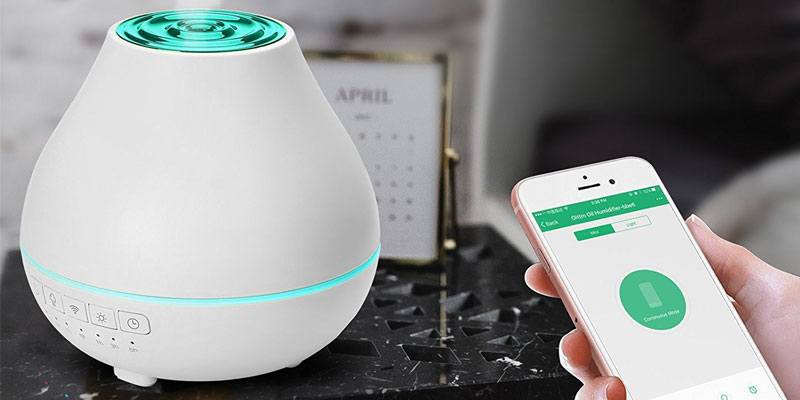 You can download the Smart Life App for both iOS and Android and once installed it’s easy to setup. Just select the humidifier from the list of smart home devices and then enter your home WiFi security password.

Once connected, you can then create on/off timers, change the LED colours and turn the device on or off. There’s also an option to set the diffusion intermittently, although I found the fan noise turning on and off to be distracting.

I would have liked to have seen LED brightness as an option here and also a few diffuser power settings to increase or decrease the mist.

To connect the Oittm diffuser with Alexa you’ll need to enable smart life skills on the Alexa app. Inside the box is comprehensive instructions on setting this up. 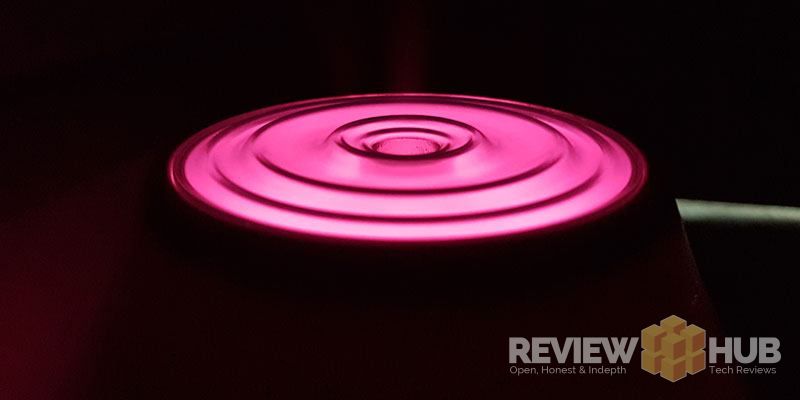 The Oittm Smart Aroma Diffuser looks contemporary and is a nice addition to most living rooms with its minimalist design. While it doesn’t feature excellent mist effects… it is great at diffusing the essential oils scents, even large across rooms.

Having the WiFi connectivity is great as you can turn it on & off from the couch just using your smartphone or Alexa. Having the timers available to schedule winter warming smells ready for when you arrive home from work is also a nice touch.

Overall, it’s a diffuser first with the light and mist effects being very subtle compared to the competition.

Is it worth the extra cost, compared to a non-smart diffuser? I think so, but then again… I’m lazy!