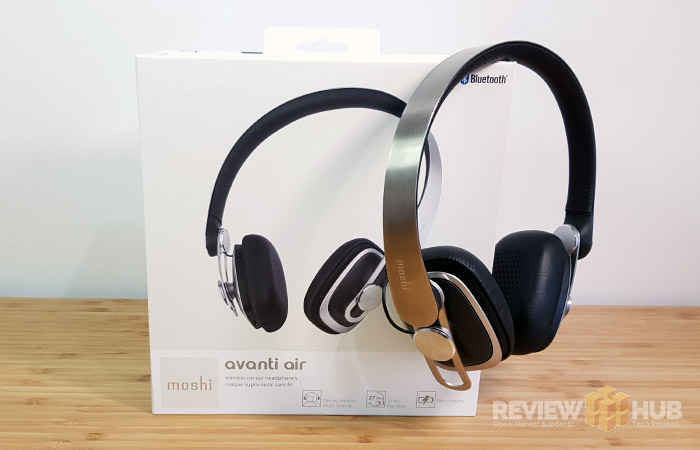 This week we’ll be reviewing a small German Airline… no wait, it’s the new wireless headphones from Moshi: The Avanti Air bluetooth headphones.

I’ll be the first to admit that the companies mission statement: Protect, Connect, Listen & Carry, seems like an odd choice for the creators of a high-end audio product. But I’ll go with it, as some of the best tech surprises come from the most unexpected places.

On paper, the Avanti Air headphones offer a sophisticated yet minimalist design thanks to the single steel band and small on ear drivers. It’s easy to see why these headphones won a coveted Red Dot Design Award and the XR40 high resolution 40mm neodymium drivers certainly sound impressive.

But, the proof is in the pudding. So let’s find out whether the Avanti Air headphones are worth their high asking price in this full ears-on review. 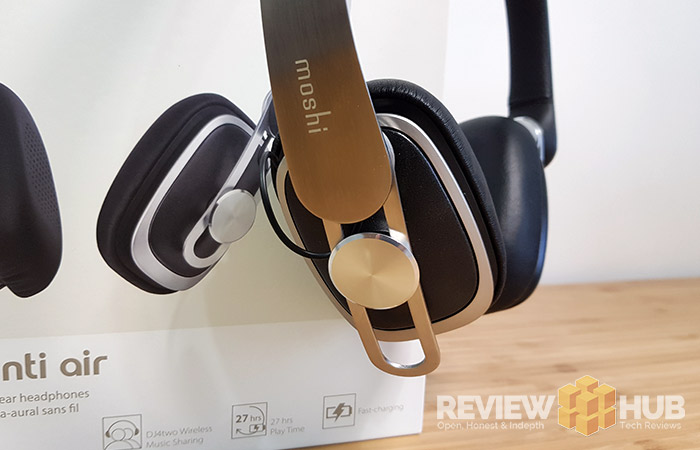 Taking the Avanti Air’s out of the box, they connected to my smartphone (Galaxy S8) without issue. I loaded up my Spotify HD account to do a quick test (I’ll get the FLAC ready later), and shhhhhhhhhhhhhhhhh.

The dreaded Bluetooth hiss. It’s a quiet one, but it’s definitely there. When you turn the music volume down, you can hear a quiet static hiss in the background. I thought to myself “There’s no way a pair of headphones this expensive are going to hiss right?”. So I tried the Bluetooth on my laptop, but the hiss remained.

Then I thought “It’s got to be a battery issue right?”. So I charged up the Avanti Air’s for a couple of hours and tried again. It’s not good news, the static pop and then constant hiss didn’t disappear. I’m starting to think I have myself a faulty pair.

Turning the volume up does disguise the issue, so let’s move on to the Avanti Air Audio Quality.

Listening to Billie Jean FLAC, the track feels constrained with the treble lacking a crisp punchiness. The vocals come through balanced but lack delivery. While the bass isn’t overpowering, it lacks richness making the entire song lose detail.

Ears-on with Metallica’s – Nothing Else Matters, and the delicate detail of the guitar intro resonates well. Once the bass drum kicks, the track loses its clarity with the weight of the bass overpowering any detail in the mid-range.

Playing Eastside (Halsey & Khalid), really shows these headphones up. The bass crackles, with the track sounding closed in and hard-edged. I’m really starting to think I’ve ended up a broken pair, taking into account other positive reviews of the Avanti Air headphones.

Testing out the sound leakage, and it’s good news. The closed back doesn’t suffer from  excessive sound leakage. Overall though, you’re left with a lacklustre unbalanced & closed-in sound. And that’s without the constant hiss.

There’s no denying the elegant & retro design of the Avanti Air headphones. Yet they don’t feel left in the past, being completely wire free.

The stainless steel band looks sleek, but quickly picks up greasy fingerprints and does have a hint of kitchen appliance about it. I think an anti-grease coasted aluminium could have been the better choice.

The headphones feel solid and durable standing up to extensive bending while returning their original shape. One area that I think can be improved is the faux metal plastic around the outside of the driver, Moshi could have also made this from metal.

As for comfort, I’m normally a fan of in-ear and over-ear headphones. I find the on-ear style creates to much pressure and my ears get sore.

So how did I get on with the Avanti Air’s? 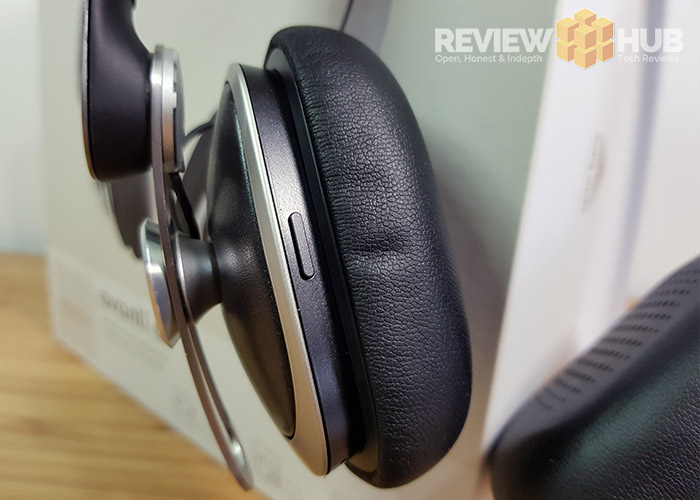 Better than I thought I would. While after one hour of listening the pressure felt uncomfortable, that’s a lot longer than I usually last. It’s a hard life being part of the wide-head big-eared community.

The quality leatherette feels soft, and the cushioning is just the right firmness. Each ear adjusts vertically and there’s a good range of motion to angle against your head comfortably.

For a minimalist pair of headphones, the Avanti Air’s score highly on Design, Build Quality & Comfort. They’re never going to match in-ear or over-ear, but they were never trying to with their sleek retro design. 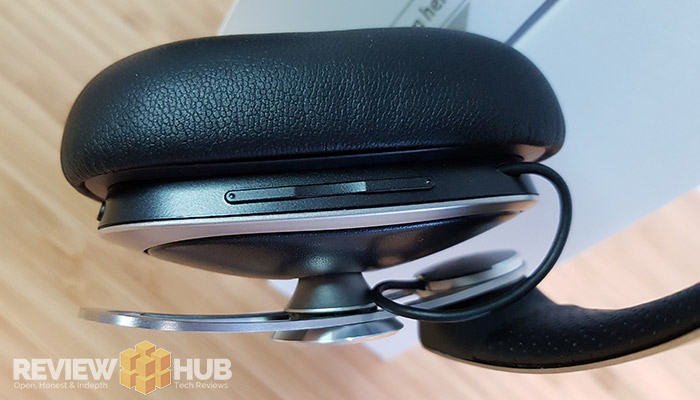 The discretion that Moshi has used on the Avanti Air’s buttons is also commendable. Too often buttons are big clunky things with brightly coloured flashing LEDs. The Avanti Air charging LED gently breathes while the controls are almost invisible to the eye but still easily found by your fingers.

Testing out the hands-free calling functionality also and I was also pleasantly surprised. Voices could be heard clearly and background noise wasn’t a problem.

Unfortunately, the Moshi Audio app wouldn’t behave for me. I tried installing, re-installing on Android but only ever got as far as the Moshi Loading Page. Looking at the Play Store reviews, I’m not the only one.

For me, the Avanti Air’s are a classic case of form over function. Too much time has been spent on creating the retro minimalistic look rather than on the bluetooth connectivity and audio performance.

Couple this with the high-end asking price and I can’t recommend the Moshi Avanti Air headphones with a clear conscience. That is unless your main concern is matching your new headphones to your new MacBook Pro.