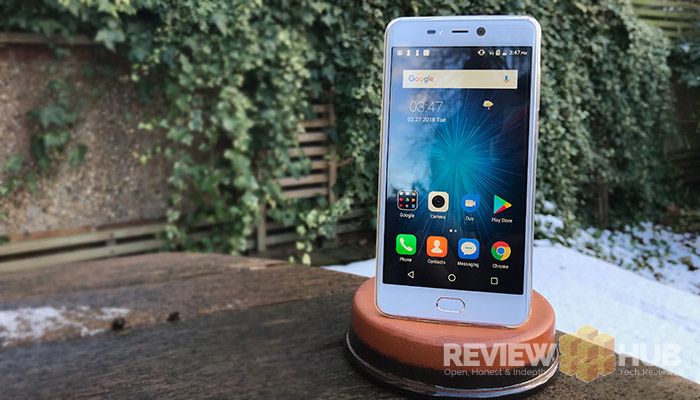 The Leagoo T5C is one of the first smartphones with Intel’s new mobile chip, the Spreadtrum 9853i

Although sharing the same name as the Leagoo T5, there are a few key differences when it comes to the Leagoo T5C.

It’s one of the first smartphones to use the Spreadtrum SC9853I CPU which is built on Intel’s 14nm process. It also has 3GB’s of RAM, 32GB’s of storage but drops down to the ARM Mali-820 graphics.

Unusual for a budget smartphone, the T5C surprises us with a metal alloy construction making it feel fantastic in your hand while still being sturdy and solid.

Good news is that it comes with the same bright 5.5″ 1080P Sharp display we find on the Leagoo T5. When many smartphone makers are dropping their budget devices down to 720P, it’s refreshing to see Leagoo keeping their focus on full HD handsets.

So with the gauntlet set, I’m excited to see how the Intel powered Leagoo T5C holds up in our benchmarking tests when compared to the chipset Kings, MediaTek & Qualcomm. 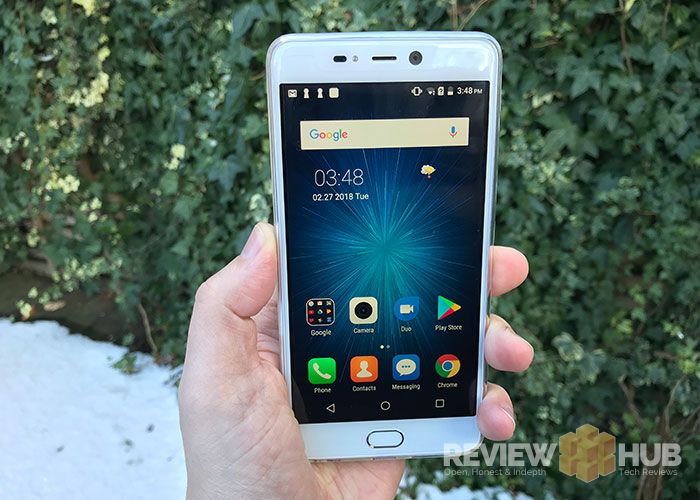 For a budget device, the Leagoo T5C feels great thanks to the all metal design. It’s also lightweight at 168 grams making it very pocket-friendly. Trying to twist and bend the T5C didn’t show any signs weaknesses or poor build quality.

While it doesn’t use the latest 18:9 display tech, the 5.5″ Full HD 1920×1080 Sharp made panel is vivid, bright and has excellent viewing angles. It’s a shame that Leagoo has dropped the Gorilla Glass protection that we saw in the similarly priced Leagoo T5, but, it does come with a screen protector pre-applied.

Subtle details like the matching gold ring around the front facing fingerprint reader adds an elements of class to the Gold & White T5C. 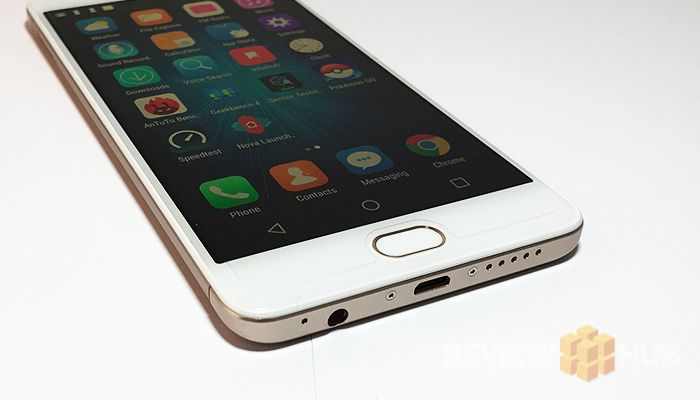 This is the first time we’ve benchmarked one of the new Spreadtrum mobile processors based on the Intel 14nm instruction set.

Our benchmarks showed that while it has very good multi-core performance, the single core performance is somewhat lacking. Spreadtrum has also paired the SC9853I with the low end ARM Mali-T820 which ain’t great for gamers.

For a budget device, the Leagoo T5C feels nippy as they Leagoo OS software is very minimal. They’ve kept it as close to Android stock as possible to get every bit of power out of the Spreadtrum chip. 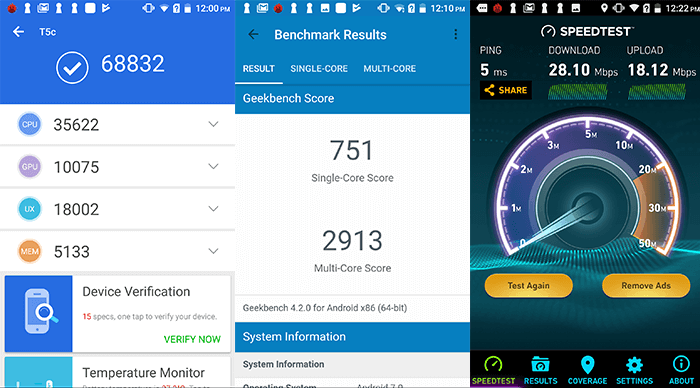 Here comes the geeky bit… As the AnTuTu 7 scores calculated differently to AnTuTu 6. They aren’t directly comparable. The Geekbench scores are a better reference. 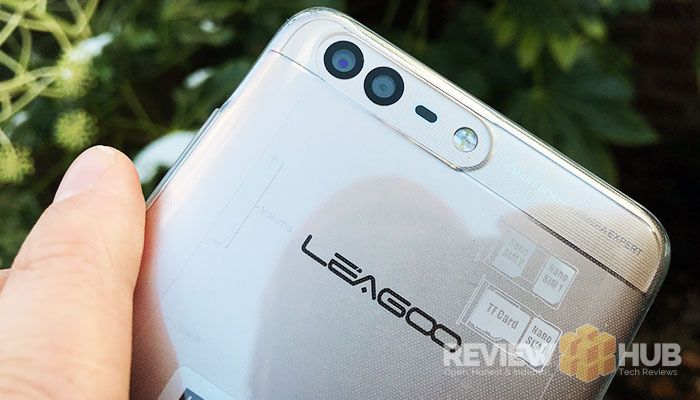 It’s a shame to see Leagoo drop the 13MP selfie lens we saw on the T5, but the main rear camera does a decent job of picking out details in our sample shots. The pictures can look a somewhat washed out but it’s nothing that’s not easily fixed post-edit.

For the price, it’s about the best we can expect within the budget end of the market.

The internal speaker and microphone both worked fine during our call quality tests. While voices do sound a little flat, they were easily understandable on both ends of the conversation.

The loudspeaker isn’t very impressive with too much treble, but that is to be expected from smartphones in this price range.

The Leagoo T5C boasts an ‘Awinic Audio Chip – producing close to Hi-Fi quality music output’ but plugging in my Bose earbuds, I didn’t notice the difference… 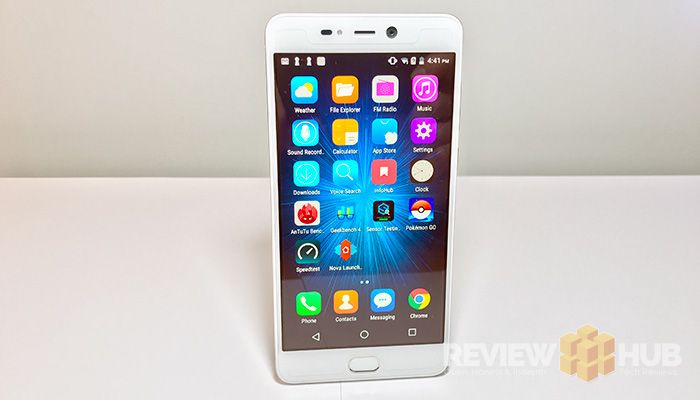 While the battery inside the Leagoo T5C isn’t huge, it’s enough to get you through a days usage thanks to the power saving technology inside the new Intel Spreadtrum CPU.

Leagoo claims that the battery inside the T5C shows very little cycle wear. In theory, they say you should be able to charge the T5C 1000 times with only around 80% battery degradation.

But let’s be honest… who’s got time to test that out!? 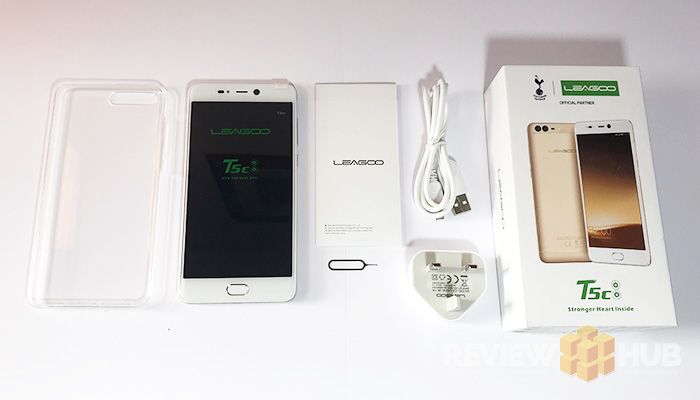 To my delight, the Leagoo team are pros when it comes to packaging. The box feels well-made and they’ve included all the essentials including a UK based regional plug for us little islanders… 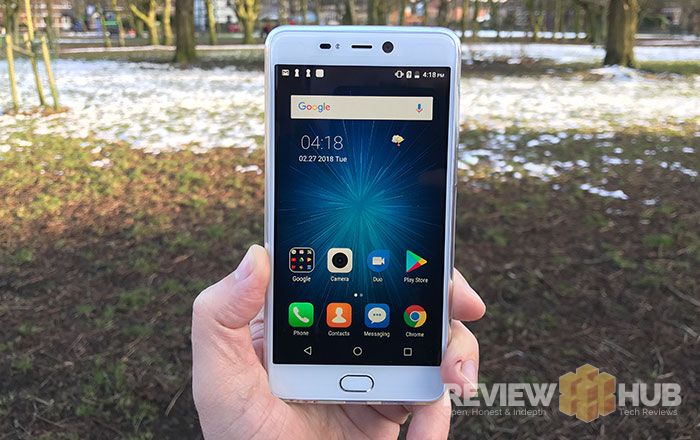 There’s nothing that stands out as exceptional with the Leagoo T5C. While the Intel Spreadtrum CPU is new, it doesn’t wow when it comes to performance and feels like a budget MediaTek chip.

This isn’t a bad thing though. What’s important with a budget smartphone is build quality and reliability which the T5C has. The camera is above average, it’s a metal design and I’m a fan of the white & gold colour scheme.

Do I recommend the Leagoo T5C? It’s a hard one, as the Leagoo T5 is priced so closely and comes with the added benefit of 64GB Storage, 4GB of RAM and that 13MP selfie snapper…