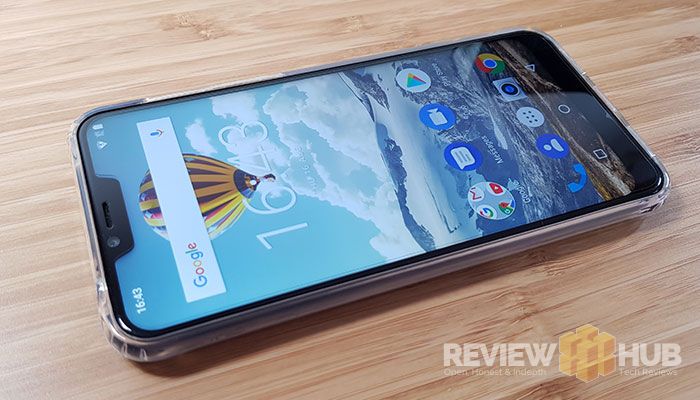 Hands-on with the Outstanding Cubot P20

With their first smartphone release dating back to 2013, Cubot are fast becoming the ‘old kids on the block’. They’ve managed to stay popular thanks to their low prices and reliability while still weathering the turbulent tech markets.

Their latest smartphone release, the Cubot P20, is their first phone to jump on the notch bandwagon, and quite frankly, it looks fantastic. Named after the well known Huawei smartphone (‘wah-way’), the Cubot P20 is an elegant offering at an attractive price point.

If you’ve been wondering whether the Cubot P20 is a budget-wonder or a smartphone-disaster? You’re about to find out as I’ve been using it as my daily smartphone for the last two weeks.

Not to give anything away, but Cubot has created a fantastic phone that delivers on many levels: Design, Performance & Connectivity.

In this review, you’ll find out everything you need to know about the Cubot P20. (Display, Build-quality, Camera, Performance, Connectivity & Battery Life). 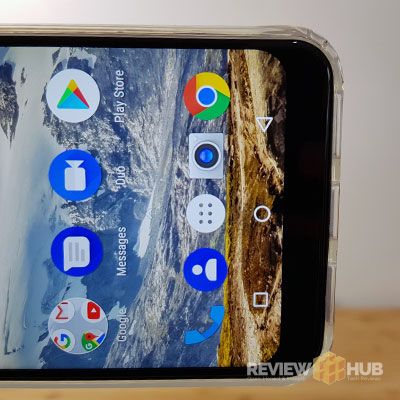 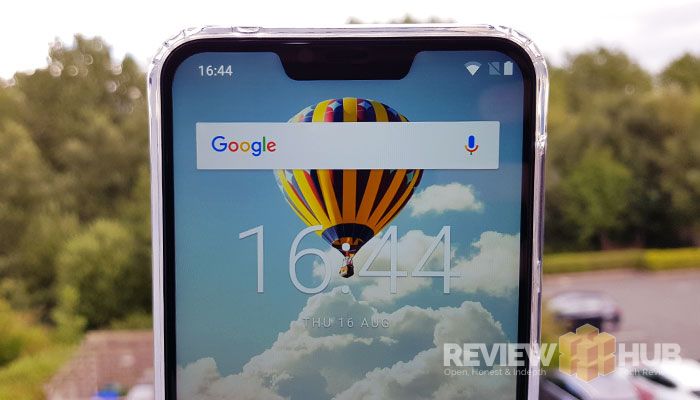 The 6.19″ display on the Cubot P20 is excellent! Cubot has chosen a great panel that performs well from all angles. To top it off, it also has impressive black levels for an IPS screen.

With a resolution of 2160×1920 (FHD+), images are super-crisp without any pesky pixels in sight. This adds up to a PPI of 403, the same number we find on most flagship smartphones today.

One issue a lot of budget smartphones have is the max brightness. The Cubot P20 has no such problem and is easily viewable in sunny conditions. The white balance leans towards a colder blue tint and contrast levels are good.

The notch sensitivity is also spot on allowing you to swipe down from anywhere. And while the P20 notch isn’t the smallest, it does house the ear mic, selfie cam and notification LED.

Onto the navigation and the P20 opts for on-display buttons which can be switched via the settings menu. Apart from this option, there are no other display customisation options available. So it’s a good job the display looks great straight out of the box. 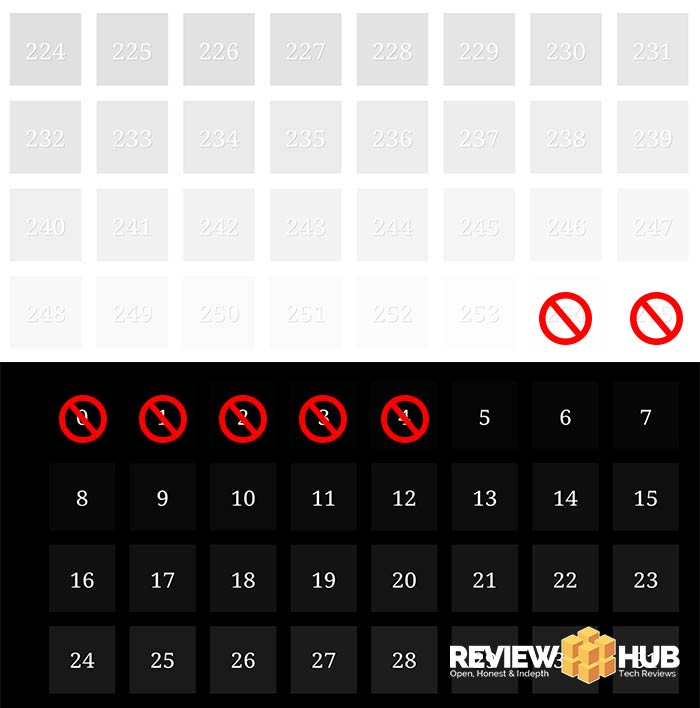 Unfortunately, the rear battery cover is made from a fingerprint-magnet high-shine polycarbonate. It does come with a clear transparent case in the box, which I advise you to throw on straight away.

Aiming my beady eye at the P20’s build quality and there is only one issue to be found. The display’s top corner curve arc isn’t perfect. Finally, the phone has a solid feel to it with no creaks heard when applying pressure.

For this review, I ended up with the black version, but having seen the Purple gradient P20 (Twilight Black), I’m feeling very jealous!

Tallying up the Cubot P20’s Display & Build quality points leaves it with a high score. While the design isn’t groundbreaking, the display is the main attraction.

While the 20MP rear Samsung Camera may sound impressive on paper, it’s at best only an average smartphone camera.

During our test photos, we found that the Cubot P20 struggled with high-contrast scenes and also left the colour looking undersaturated. Maybe, I’ve just spent too long with my Samsung Galaxy.

Unless you’re a shutter-bug with a keen eye, the snaps look good enough for sharing with friends and on social media. It’s only when you zoom in that you see the flaws.

The second 2MP lens, similar to the P20’s second speaker grill, is more for aesthetics than function. It looks cool but does nothing to help you win the National Geographic Photography Competition.

Don’t believe us? Take a look at our full Cubot P20 Camera Samples Album below. 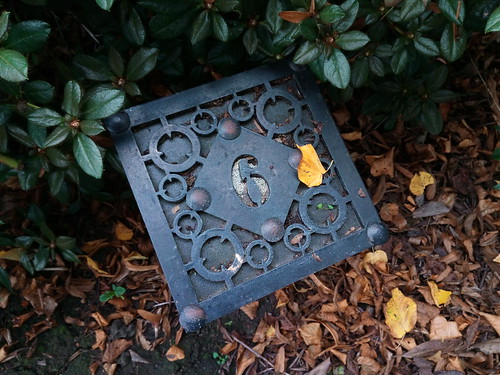 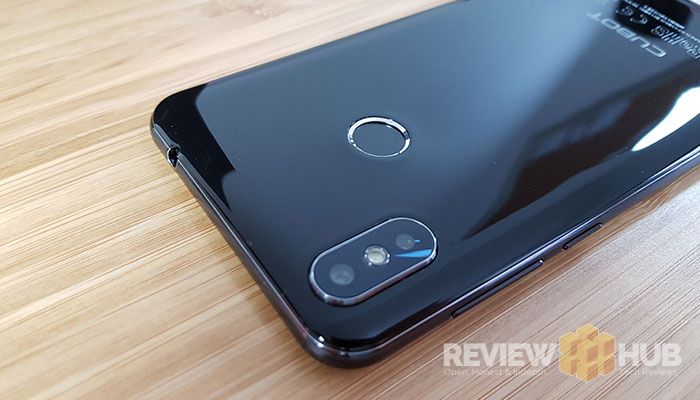 Its good news as performance on the Cubot P20 is excellent. Even though the MediaTek MT6750T isn’t a flagship model, it does still have 8-cores and during testing loaded apps fast without any slowdown or sluggishness.

While it doesn’t have the latest 8.1 Android update, it does come with a recent security update from Google. It’s also encrypted by default and comes with Google Play Protect.

Our storage read/write tests are positive (below), showing that Cubot has opted for a quality memory chip. You can also use the 2nd SIM slot to expand the memory up to a maximum of 256GB.

It’s worth noting that double tap to wake is missing. This is a real frustration of mine when combined with a rear-facing fingerprint reader. Picking up your smartphone every time you want to unlock it is tiresome.

After adding both index fingers twice, the reader then became accurate to around 9/10. Although, the unlock speed isn’t the fastest at just under 1 second. Certainly not the 0.1s advertised.

You can find the gaming and performance benchmark at the end of this review. 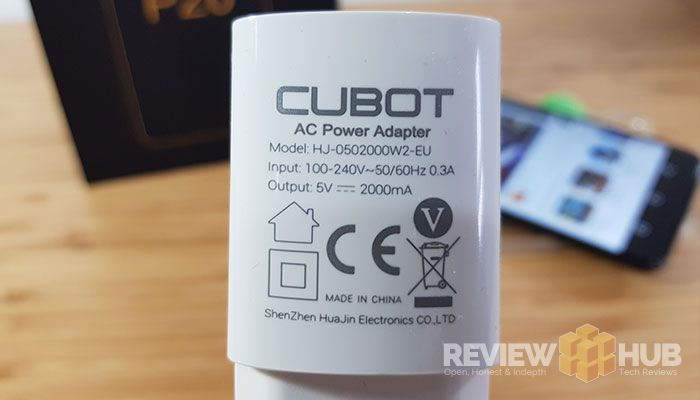 Thanks to the 4000mAh battery inside the P20, I’ve been able to get a full days use with the brightness set to 75%.

Cubot have included a 5V/2amp quick charger, which doesn’t compete with likes of Qualcomm Quick-Charge or OnePlus Dash-Charge, but will charge the phone fully in less than two hours. 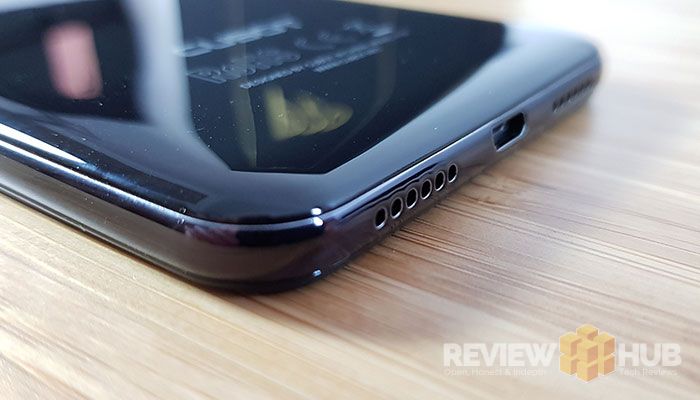 Testing both the incoming and outgoing calls on the Cubot P20 revealed no issues. Voices sounded more rounded on the Galaxy S8, but were still clear and legible on the Cubot P20.

There are two speaker grills on the P20, but bottom left is for symmetry-only. I did find that when gaming, my finger occasionally blocked and muffled the single speaker.

Regarding volume, the speaker reaches a very high max-volume but lacks bass and depth. 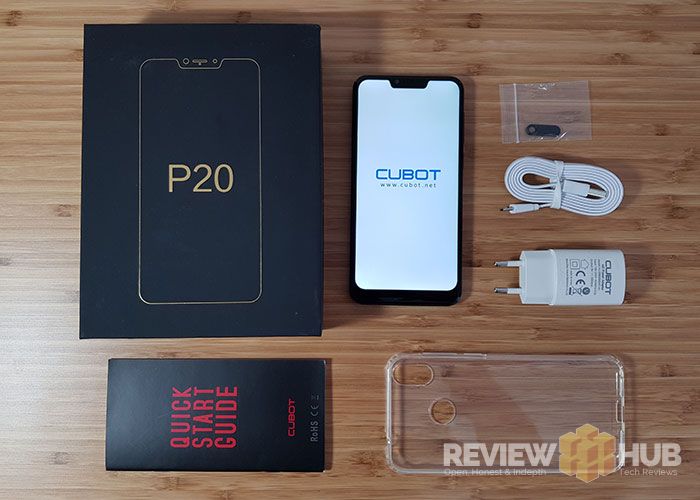 A nice addition to the Cubot P20 box is the included clear silicone case and pre-applied notch shaped screen protector. This lets you use the phone straight away without worrying about scratches or damage. 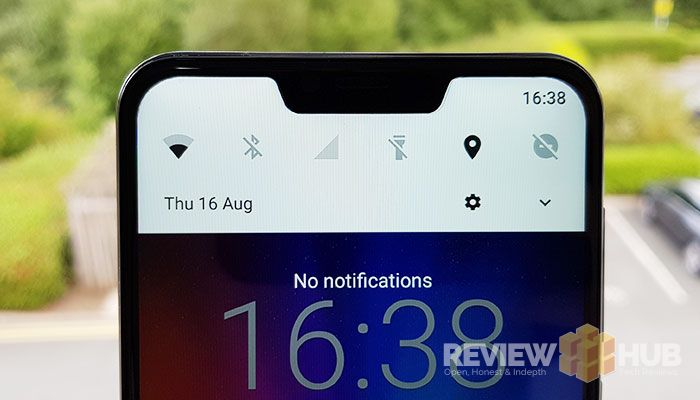 I’m a big fan of the Cubot P20! The large bright display is fantastic and for a 6.18″ phone, it’s very lightweight at only 176grams.

The performance isn’t flagship-level, but neither is the price. And thanks to the lean Android install that is coupled with a very healthy 4GB’s of RAM, the Cubot P20 performs well. Other positives are the fast storage module and good battery life.

Do we recommend the Cubot P20 Smartphone? It’s a yes! The Cubot P20 is a great all-rounder!

The connectivity on the Cubot P20 is basic but reliable. Throughout my two weeks testing, signal has been strong and the WiFi connection has been stable. Although, WiFi is limited to the ‘n’ band and only uses the 2.4Ghz bandwidth.

We also don’t find a gyroscope on the Cubot P20 which is needed for certain AR games such a Pokemon Go, for the real-world tracking.