Which is great news for kids and bargain hunters alike! Although I suspect that it’s probably not aimed entirely at the UK market, that doesn’t mean you can’t benefit and grab yourself a bargain.

It doesn’t have all the features of Cubot’s higher-end range like the Cubot X17 but it doesn’t need to when it’s selling for a nudge over £55. Featuring a beautifully crisp 5.5″ screen, 2GB’s of RAM and a battery size (4150mAh) that puts most flagships to shame the Note S is certainly off to a good start. 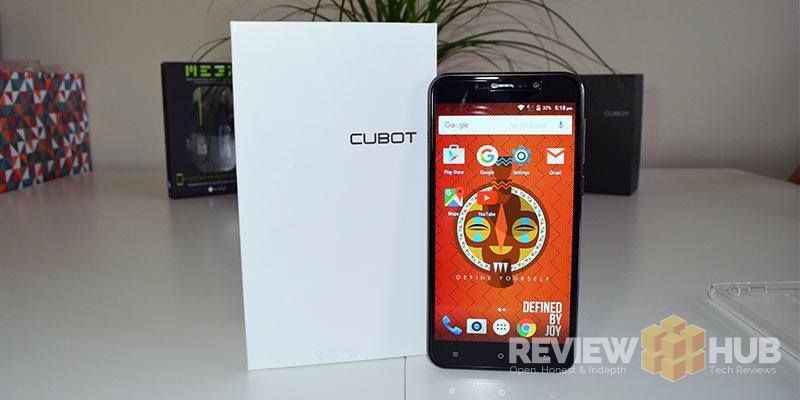 I’ve been putting the Cubot Note S through its paces for the last two weeks to see how it performs and whilst it’s definitely not a flagship killer, it’s a really impressive phone. Even more so when we take into account the super-budget friendly price tag.

When it comes down to brass tacks the Note S easily puts a lot of the similarly priced competition to shame. That isn’t to say that it doesn’t have a few negatives itself but I can definitely see this being the phone of choice for kids & first-time smartphone buyers. Another option in the price range with similar features is the Bluboo Picasso.

So let’s take a look at some of the Pro’s & Con’s of the Cubot Note S before I go in-depth with a hands-on review of the Screen, Design, Software, Hardware, Battery, Camera & Connectivity.

The first thing you’ll notice when unboxing your Cubot Note S is the beautiful 5.5″ IPS screen. Colours appear vibrant & crisp which can be improved even more with the included MiraVision software which allows you to easily tweak the screen colours. Switching MiraVision to ‘Vivid’ gives the Note S a slightly over-saturated pop effect that looks great.

I was impressed with the touch screen which is responsive and only needs a light touch. This can often be an area where cheaper smartphones suffer but not so with the Note S.

The impressive 4150mAh battery does have the downside of increasing the phones weight, this is masked somewhat by the 5.5″ screen, but if you’re looking for a lightweight phone then the Note S might not be for you.

The overall design of the Note S is simple, elegant and works well.

It’s an all plastic affair with Cubot choosing a minimalistic semi-soft touch plastic for the rear. After giving the Note S a quick shake and squeeze it feels well made with no loose buttons or audible creaking when applying pressure.

A nice touch is that Cubot have also decided to add a range of designer plastic covers featuring playful African illustrations. Often you have a limited choice of accessories when it comes to the low-end Cubot phones.

Out of the box, the Note S comes with Android 5.1 Lollipop with a close to stock android feel. I’m a big fan of the stock Google Launcher which you’ll be pleased to know is fully compatible with the Cubot Note S and can be installed directly from the Google Play Store for free.

One piece of non-stock software that Cubot include built-in to most of their phones is CCleaner. You can access the ‘CCleaner’ functionality by long pressing the circle home button. This then brings up a ‘brush icon’ which, when pressed, will close down all of your open apps and boost the phone speed. 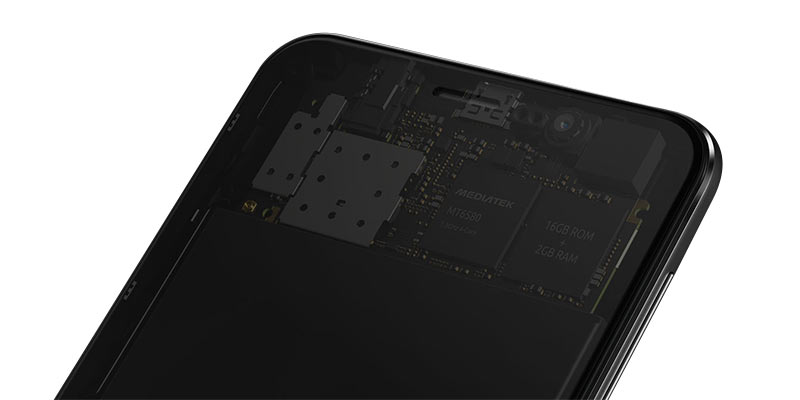 The Note S features the MediaTek MT6580 mobile chip which runs at 1.3GHz and is a Quad-Core CPU with a 32bit instruction set. This is combined with a Mali-400 GPU and 2GB’s of RAM which easily kept the phone running smoothly during my testing.

This is an entry-level CPU so it doesn’t feel as responsive as some of the mid-high range chips from MediaTek, but on the plus side, it’s helped to keep the Note S cost so low. Unless you’re really pushing the Note S you won’t notice any that’s it is an entry level component.

Although the Note S didn’t achieve the best AnTuTu benchmark score it still manages to play most Android games easily. Part of this is due to its 720p screen which means it has fewer pixels to move around than a full HD phone. We played some of the most popular and 3D intensive games available on the Google Play Store and you can see the results below:

The Note S performed well whilst I played through the first two levels of the Modern Combat with the settings set to ‘better’. I didn’t experience any lag with the phone only becoming slightly warmer during play.

The gyroscope was responsive when playing controlling the movement of the cars easily.

The Note S Geekbench score places it just above the Motorola Moto G.

The external speaker on the Note S reaches a good volume level. It’s lacking bass which is a common problem amongst low-mid range phones. Overall the speaker quality sits somewhere in the middle, you won’t be amazed but you won’t be disappointed either.

You don’t often see the battery being a priority at the low-end of the smartphone market but the Note S is a refreshing exception. The battery size is a whopping 4150mAh which easily saw the Note S achieving two days of usage during our testing. It’s not quite reaching the levels of the Cubot H1 or the Ulefone Power but at nearly half the cost this is just another reason why the Note S is such good value for money.

The camera is your typical cheap camera where photos in good lighting look okay but then drop off quite quickly in darker conditions. The built-in flash is powerful and works well. When you are viewing photos taken on the phone screen they look good but when you zoom in you then start to see a lot of artefacts & grain.

The Note S camera is fine if you just take the occasional snap but if you’re looking for high quality photos then you’re going to have to spend a bit more. You can see all our test sample photos on Flickr by clicking the link below. 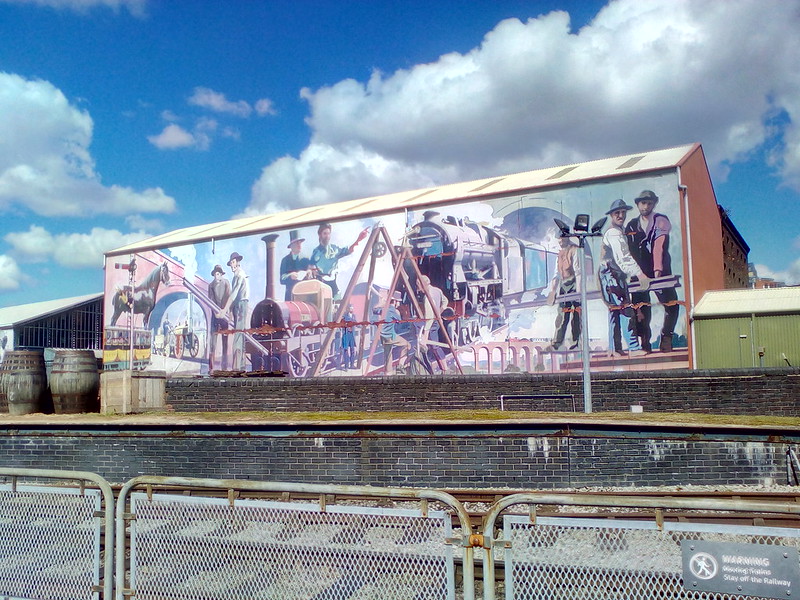 The Note S has the basic sensors needed for a phone and uses the standard micro-USB connection for charging and data-transfer.

Will the Cubot Note S work in the UK?

The UK 3G band is 2100MHz so there is support for all networks. 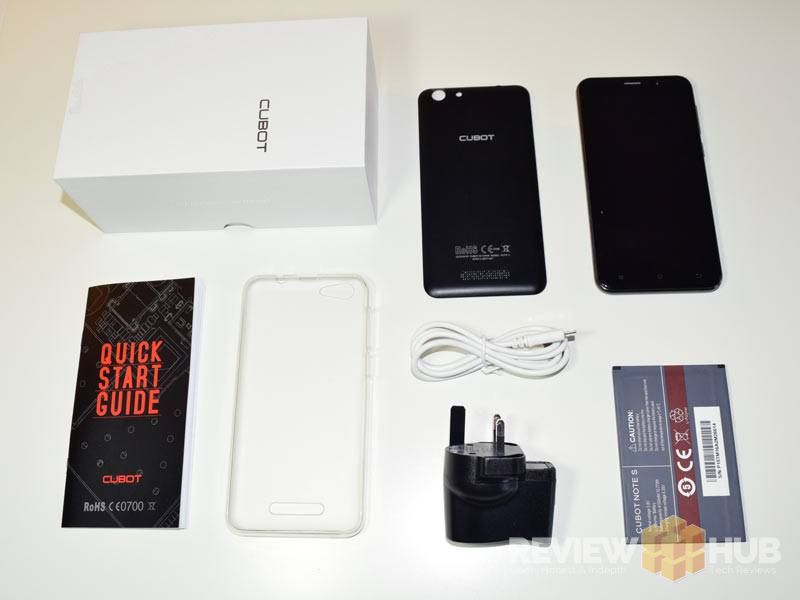 I’m a big fan of the Cubot Note S for a few reasons. The number 1 reason being the 5.5″ bright & crisp screen which easily matches some of Cubot’s more expensive phone whilst outperforming the similarly priced competition.

Add to this the giant battery, 16GB of storage, decent specs & a clean OS and I really think Cubot are onto a winner with the Note S. It won’t suit everyone but if you’re looking for great value and care more about a decent screen than an award-winning camera & 4G then do yourself a favour and save yourself some money.

You won’t be disappointed with the Note S. The Cubot Note S gets a Review Hub Best Buy!