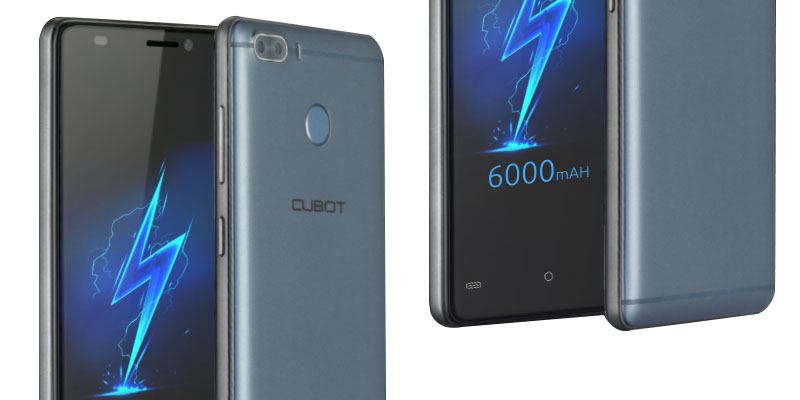 The Cubot H3 has been a long-time coming… when the Cubot H1 released in 2015, the 5200mAh battery was excellent and a rare find in a budget smartphone.

Two years on and the competition has heated up with as a huge amount of big battery life smartphones have entered the market. I class any smartphone having over 5000mAh of battery juice to be a battery-life pro. Why? because at 5000mAh and above you’re likely to reach the end of day 2 before your smartphone needs recharging.

So how does the Cubot H3 compares to all the competition? It’ll come down to price and features. It’s not always a simple measurement either as lower resolution screens and slower mobile CPU’s will increase battery at the cost of performance.

It’s all about finding the right balance and with the Cubot H3 specifications, it looks like it’s main priority is on the battery life, not the performance.

Check out the Cubot H3 below…

The 5″ display on the Cubot H3 will feature a 1280×720 resolution and at this size will be sharp enough while saving on battery power. The design isn’t anything special with the battery cover being made from plastic with a fingerprint reader at the top middle.

From the early renders of the H3, it doesn’t look too thick, but we’ll have to wait and see. In my experience, the thickness isn’t a problem if your number 1 priority is battery life.

Although.. if you want the best of both worlds… The UMiDigi Z1 Pro comes in at 6.95mm thick and still manages to squeeze a 4000mAh battery in!

It’s rumoured to feature the rather old MediaTek MT6737 which is a super-budget CPU. It’ll still run your day-to-day tasks fine, but when you try to perform multiple heavyweight tasks it’ll slow down.

This is coupled with the Mali-T720 which is also super budget. During previous smartphone testing with the Mali-T720 I found that it handles most games with ease but struggles to keep smooth frame-rates on more challenging 3D intensive games.

In terms of storage, 32GB is standard and more than enough for most. You can also sacrifice the 2nd SIM slot to add an extra 128GB Micro-SD card.

The Cubot H3 will be released with Android 7, but we’ll have to wait and see what security patch date it comes with out of the box. Traditionally these budget phones don’t receive OTA updates apart from bug fixes early on.

Overall, if the specs are released as is… it’s a setup that wouldn’t look amiss back in 2015. This isn’t necessarily as bad thing if the price is right and well under the £100 mark.

This is where the Cubot H3 will shine as it’s confirmed to have a 6000mAh battery. I’d like to see it removable, but the trend now is for the batteries to be sealed in.

In real world terms, with the specs listed above, the H3 should last you at least two full days use and possible into day 3 if you’re a light user.

Final thoughts on the Cubot H3

The Cubot H3 has stiff battery-life competition as the market has exploded with options from super-budget to flagship being available in variants all over 5000mAh battery sizes.

Since the H3 is aiming to be a budget battery-life centric device it’s going to all come down to price.

I’ll keep this post updated as more information is released.

Having you been waiting for the release of the Cubot H3? Check out the latest deals below.

I’ve listed all the known specification for the Cubot H3 below.