Update: BOBOVR have created an updated version of the BOBOVR Z4 which replaces the cheap head foam with a much improved perforated faux leather material.

You can now find VR headsets pretty much everywhere and they’ve become the hot topic of 2016. So, with a wide selection of manufacturers all shouting that their own variant of a VR headset is the best, it’s becoming more difficult for the consumer to choose.

I recently acquired the BOBOVR Z4 headset, in for testing at Review Hub, which separates itself from the crowd by coming with its own set of built-in headphones. If you’ve ever had to mess with your headphone jack and balance a VR headset at the same time you’ll appreciate that the Z4 built-in speakers are solving a common VR pain.

I’ve spent the last week with the BOBOVR Z4 headset to see how it performs in the following areas: Ease-of-use, Design, Comfort, Sound Quality & Build-quality.

But before we get in-depth with the details here’s my quick Pros & Con’s. 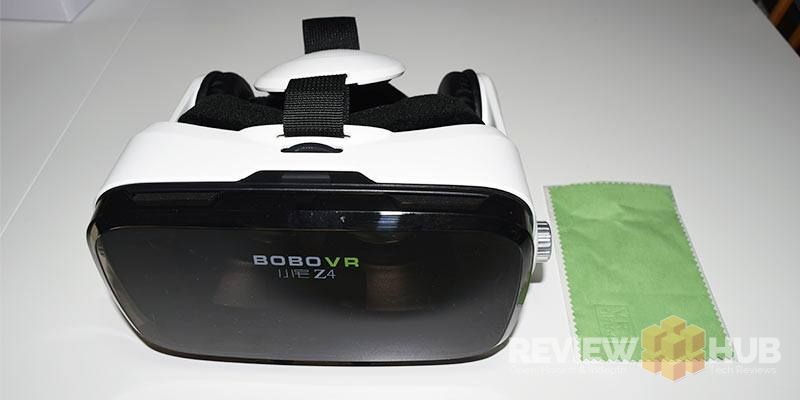 Setting up & testing the BOBOVR Z4

Setting up your phone with the BOBOVR Z4 is a very easy process. After pressing down the front shield clasp, the shield rotates forward on the bottom hinge. Behind the shield you’ll find the 1.5mm headphone jack (on a stretchy cord), connect this to your phone then line up the split image on your phone to the centre line of the headset.

When you close the front shield a flexible arm holds your phone firmly against the inside of the headset. All you need to do now is put the headset on.

Once the headset is on, you can then adjust the lens until the picture becomes clear. On each side of the device are two silver cogs, rotate these to move the lens forwards and backwards. This movement is the diopter adjustment which will fix any simple eye prescription but also will fix the variances between different types of VR content.

You can then adjust the glass lens horizontal alignment until you feel comfortable by rotating the dial on top of the headset.

Overall, there is enough optical adjustment to suit most needs and adjusting the headset is very simple so kudos to BOBOVR on this front.

Once the headset is on, with a 4.7″+ phone you will get complete optical coverage. This is to say that there won’t be any black bars to the left and right of your vision which you’ll often find on headsets that are made to fit a larger range of screen sizes. 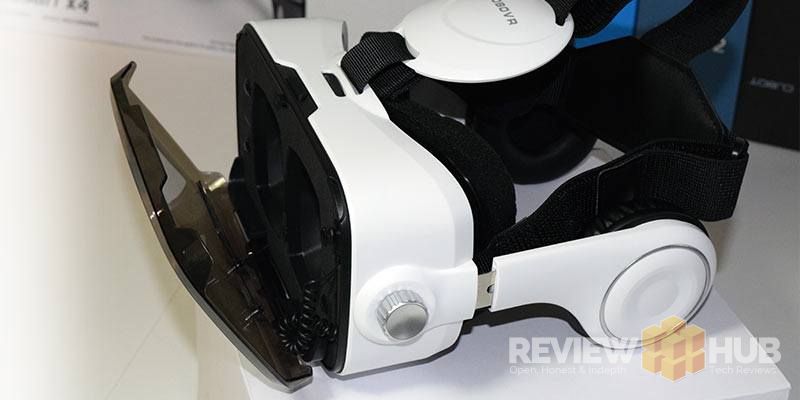 I wasn’t expecting much from the headphones inside the Z4 but I pleasantly surprised. The built-in on ear headphones sound great producing a decent amount of bass with clear mids to highs. They aren’t going to blow your socks off but they are more than capable for both gaming and movie watching.

A nice feature is that the Z4 includes a music control button on the underneath of the VR headset. This control works the same way that hands-free headphones do by allowing you to pause, play, volume up & down which is really useful. 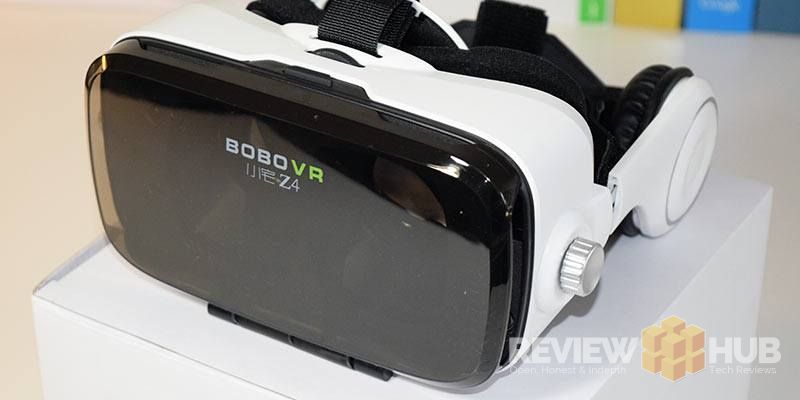 You’ll be turning a few heads with the all-in-one looks of the BOBOVR Z4 although I found that after a few hours of VR’ing it became a bit of a grime magnet.

The BOBOVR Z4 is very comfortable to wear. You can easily and quickly adjust the head strap using a Velcro system. The top head strap also comes with a cushioned circle to ease the pressure on your head.

The headphones are adjusted by pulling them further away from the headset. The cushioning on the earmuffs feels soft and durable and importantly has some sideways give which means you won’t be getting sore ears if used for a long time.

The front phone shield has heat vents at the top, sides & bottom which leaves the headset lenses open to a lot of dust. This isn’t unique to the Z4 but I would like to keep the front of the lenses as protected as possible from dust and grime. 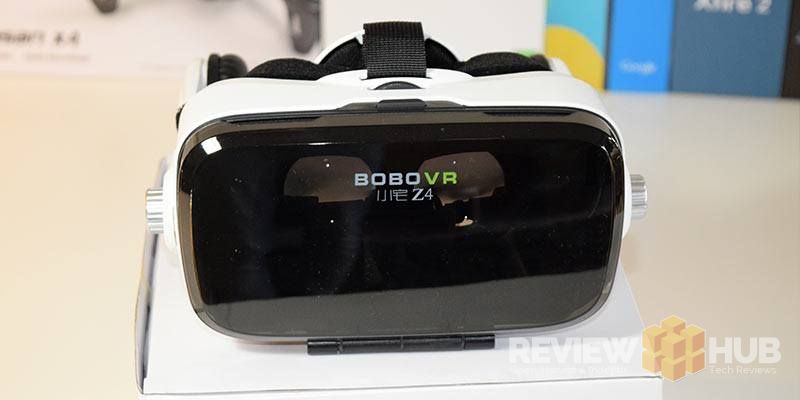 The new updated BOBOVR Z4 has fixed all the quality issues I had with the original headset.

Apart from the points mentioned below the BOBOVR Z4 feels well built with the adjustment mechanisms and front tray being sturdy.

The updated version comes with an improved sponge attached the to lens. The new sponge is covered by a soft faux leather with breathable holes and is also much more securely fastened to the device.

The box the BOBOVR Z4 comes in a very plain affair. It comes in an unbranded white box sandwiched between two thick polystyrene moulds and includes a screen wipe and instruction manual that features both Chinese & English languages.

For someone who opens a lot of gadgets, the packaging effort here was pretty weak with the only branding being a cardboard slide over the plain white box. 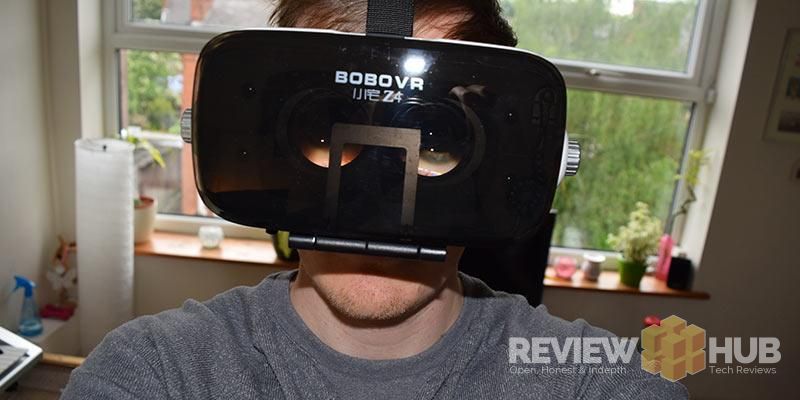 Final thoughts on the BOBOVR Z4

Not having fiddly headphone wires to insert really improves the VR experience and makes switching between games, videos and just having a break really easy.

With the new & updated version of the BOBOVR Z4 they’ve fixed a lot of the build-quality issues we had in the original.

Should you get a BOBOVR Z4?  Yes, the updated BOBOVR Z4 is a fantastic all-in-one VR Headset and the inbuilt speakers are very impressive for the price.