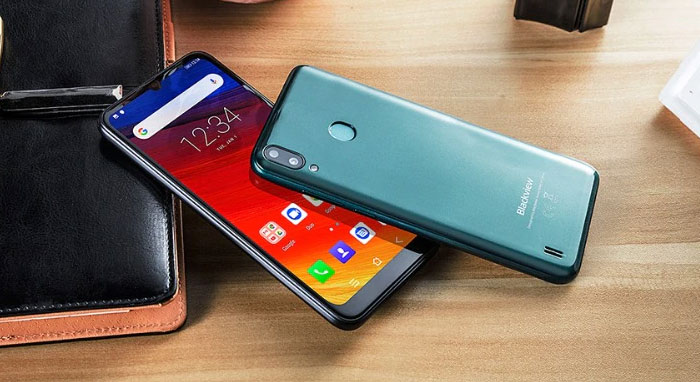 If you are looking for a new smartphone but not looking to break the bank, then the Blackview A60 Pro might be the device for you.

Priced at a competitive £75 (€80 | $90), this smartphone packs solid performance with a sleek, modern design that fits right in with mainstream Android market. But, with the arrival of more budget offerings from device makers like Xiaomi, UMiDigi, Cubot, Oukitel and Doogee, competition is hot.

You can now expect to see 2016’s flagship performance specs to have trickled down into options the Android entry-level smartphone market.

Blackview continues this trend with its flagship device: for less than £80, you get a 6.1 inch IPS display, LTE connectivity, fingerprint scanner, and a massive 4080 mAh battery to power a modern quad-core processor

The Blackview team also know a thing or two about build quality, with a huge range of ultra-rugged phones, so you can expect the same level of craftsmanship in their slim and lite phones.

To see if this new offering in the “budget” smartphone space is right for you, let’s dive into this full hands-on Blackview A60 Pro review. 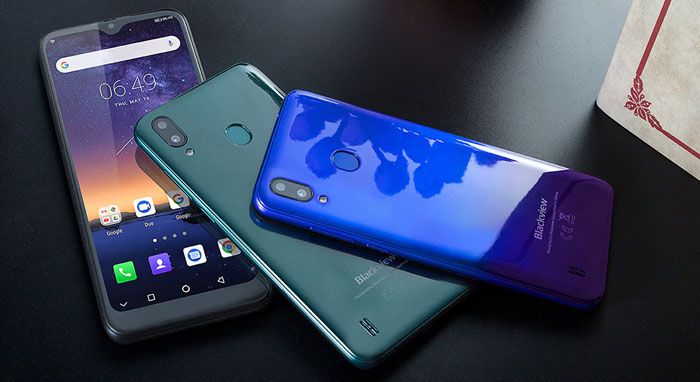 The A60 Pro has a 6.1-inch IPS panel, offering a wide range of colours and contrast levels. The pixel quality is a little less than some of Blackview’s competitors, with the native resolution being 1280×600.

Although this can lead to some images looking blurry upon very close inspection, the overall resolution and appearance of text on the screen looks fine. Well within what you would expect in the below $100 price point.

Another benefit of this Blackview phone is the pre-applied screen protector, and you also get a spare replacement kit included in the box.

The responsiveness and finger sensitivity feels smooth and seamless with up to 5 fingers being recognised at once during testing.

The display also functions well enough outside and has solid viewing angles, so feel free to use this smartphone as a show-binging device while sitting by the pool on a summer day. 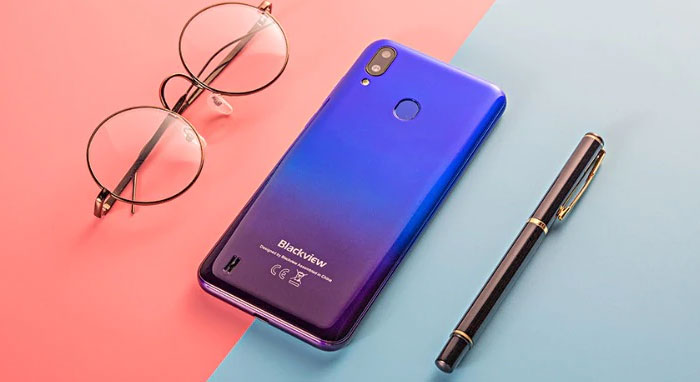 Blackview has done a great job with the A60 Pro. The curved metal frame is comfortable to hold and is available in three colours, Gradient Blue, Emerald Green, and Interstellar Black.

The etched plastic rear cover on the Interstellar Black model is not quite as sleek as A-tier Android and Apple devices, but you can just remind yourself you got the A60 Pro for less than a weekly shop.

You can’t expect razor thin bezels at this price, but there’s an overall symmetry to the phone that’s very pleasing on the eye. Considering its 6 inch display and powerful battery, you’d be surprised to find out it weighs only 170g.

Applying firm pressure to the display and body didn’t reveal any obvious weaknesses with it feeling solid & sturdy. You shouldn’t have any unexpected bends or breaks further down the line.

The silicon protective case included with purchase also does an adequate job at protecting the rear portion of the phone from scratches or cracks. Additionally, the power and volume buttons as well as the 3.5mm headphone jack and micro USB port are all quite accessible and follow a standard layout. 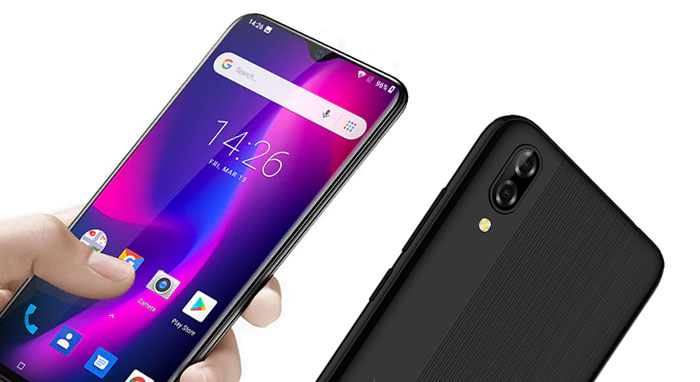 The A60 Pro is aimed at light Android users who use their phones mainly for Email, Web Browsing, Social Media and Video. For these tasks, the Helio A22 quad-core chip inside responds quickly with any slowdowns.

Switching between apps is also speedy thanks to the healthy 3GB’s of RAM that Blackview included. You do start to see the A60 Pro’s budget roots when you load up any photo editing apps or 3D games.

As long as you’re a light user, you won’t have any issues on this power-efficient MediaTek low-power chip. The benefit of an entry-level chip like this is the added power-saving which makes the huge battery last even longer. 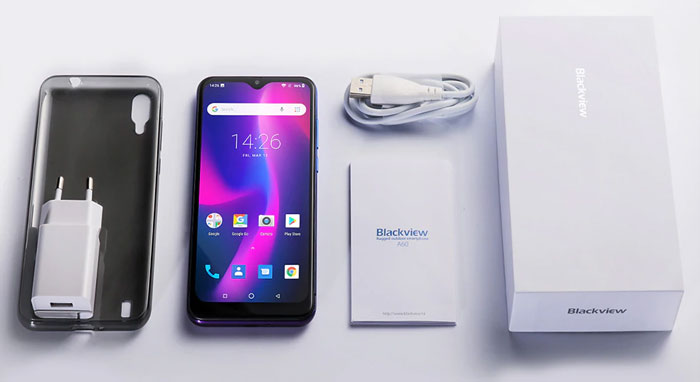 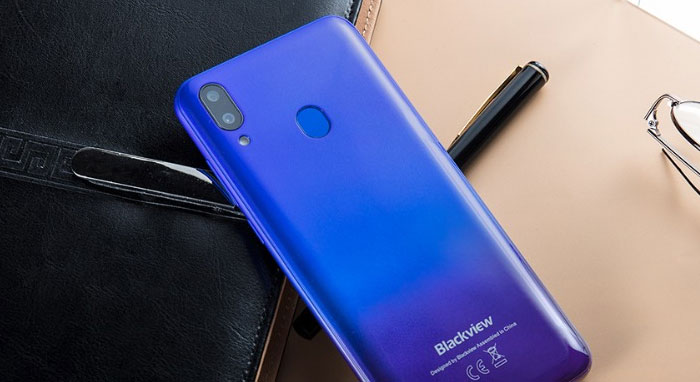 The main camera at the rear takes relatively dark pictures, with distorted colours and frequent episodes of overexposure. Outdoor pictures are often blurry and pixelated, with low-light shots being quite poor in quality.

The front facing camera is comparably meagre, producing similarly spotty and fuzzy photographs. It does, however, offer Smart Face technology, which recognizes and auto-focuses on your face, allowing for a quick and easy way to unlock your phone.

While the main camera can record HD videos and 30 frames per second, it suffers the same quality issues as the still photos.

Where the Blackview A60 Pro shines is with its battery life.

Although its idle power consumption is slightly higher than many of the other market offerings, it becomes much more efficient when navigating multiple apps or watching long videos.

Blackview claims up to 12 hours of battery life on low-power mode, which puts the A60 Pro among the longest-lasting devices of its kind. It does fall short on recharging time, often taking two to three hours to fully charge from 0%. 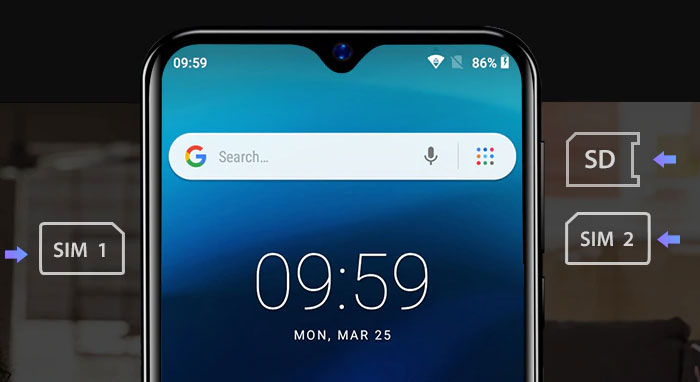 The A60 Pro comes pre-loaded with 3gb of RAM and 16gb of storage, 11 of which is available to the consumer. In addition to two unique SIM card slots, there is also room for up to a 256gb microSD card for extra storage.

Additionally, many users will be glad to see the inclusion of a 3.5mm headphone jack and a micro USB port, both of which are slowly disappearing from many other devices in lieu of brand-specific multi-function ports.

As far as wireless connectivity is concerned, the device is compatible with standard WIFI, Bluetooth, and up to 4G LTE data. 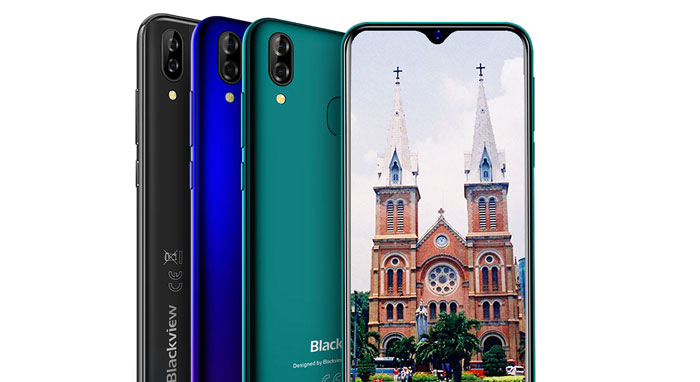 Blackview A60 – The Verdict

If your budget can stretch a little bit, then check our budget favourite, the UMiDigi A5 Pro.

Do we recommend the Blackview A60? It’s a great match for light Android users.

Looking for more information on the Blackview A60 Pro or want to leave a comment? You’ll find both below. : )