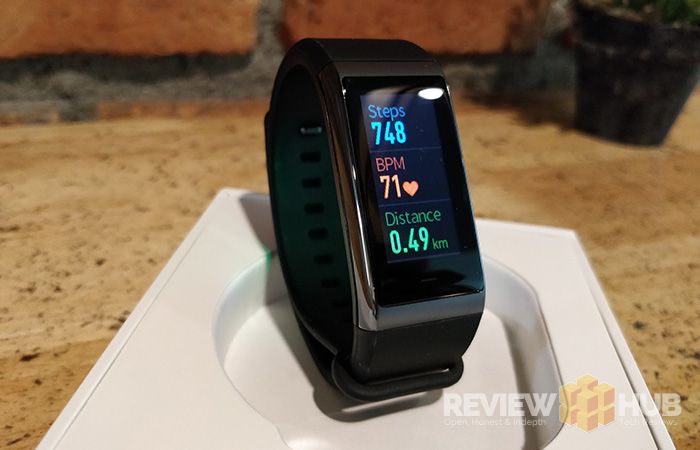 With all the attention on the Amazfit Bip and the Amazfit Pace, there’s a third option that everyone is forgetting about… The Amazfit Cor

The Amazfit Cor fitness band looks like a Mi Band 2 crossed with a Fitbit Alta (Amazon) but bucks the Amazfit trend and uses a standard LCD display.

So with the Pace offering loads of fitness functionality and the Bip looking super cool, where does the Amazfit Cor fit in?

Well, after having had the Amazfit Cor strapped to my wrist for 2 weeks, I’m not the biggest fan. It doesn’t offer enough to warrant the big form factor and doesn’t impress me in the design department either.

I’ve got an issue with the price as well. Maybe it’ll drop, but as of writing this article, it’s priced a teeny bit under the Amazfit Bip. What!? The price would have to be -50% to get me excited… 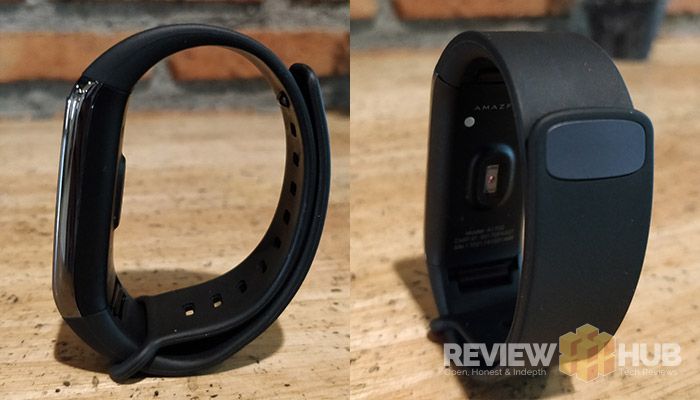 The Amazfit Cor design isn’t bad, while it’s a bit grown up for my taste, the minimal matte black strap coupled with metal tracker looks attractive.

Once the display turns on, this all changed as the brightly coloured watch faces really pop. But the Amazfit Cor doesn’t have an always on display… so spends more time looking like a chunky bracelet…

Turning my beady eye to build quality reveals another well made Amazfit fitness tracker. All the seams line up perfectly and you get the sense it’s a premium device.

With your fitness tracker living on your wrist 24/7, it needs to look good. I’m afraid the Cor will end up at the back of my sock drawer. 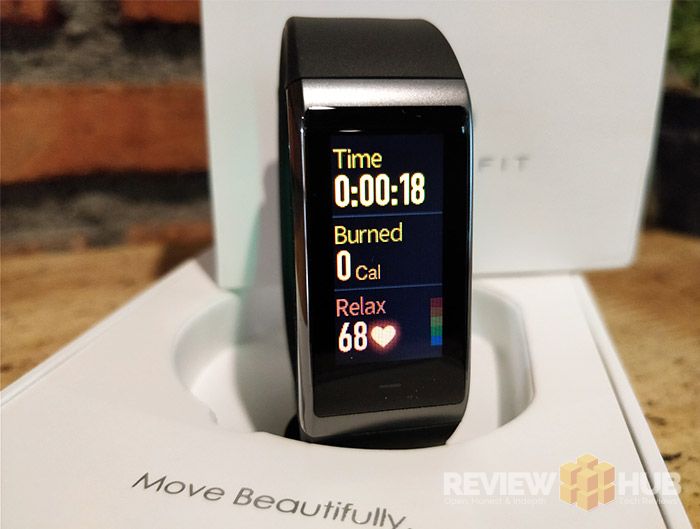 If you were reading on hoping for some good news, then you’re going to be a little disappointed… Cheer yourself up and read my Amazfit Bip Review : ).

It covers all the basics, there’s nothing here that warrants the high asking price. 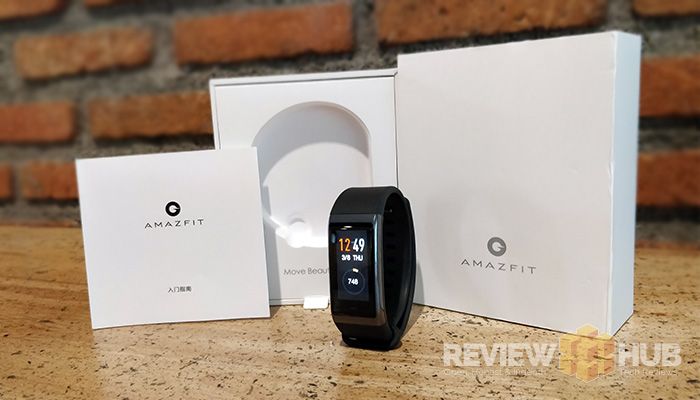 The Amazfit Cor comes in a premium white box that reminds me of most Xiaomi products. I reviewed the Chinese Version (International Version now available) so received some Chinese instructions to match.

(As soon as you connect to Mi Fit, it updates the band to English. More details below.)

You also get a unique charger for the Amazfit Cor which hands-down is 10 times better than the charger of the Bip or Pace. It’s a simple magnetic two-pin charger that sticks to the back of the Cor.

No messing around, nothing fiddly… it just works.

Some good news. Battery life is excellent and you’ll a solid two weeks between charges.

I think you already know my opinion on the Amazfit Cor. You can try and change my mind in the comments or just head over and buy yourself an Amazfit Bip…

For some reason, you’re still interested in the Amazfit Cor?

Thankfully, Xiaomi & Amazfit appreciates its loyal fans even those outside of their main demographic, China.

The Amazfit Cor was originally released only in a Chinese version but tech fans in the west bought them regardless. Before a recent Mi Fit App update, you had to go through some technical hoops to flash the international version.

Now the recent Mi Fit update will automatically change your Amazfit Cor to the English language if you’re outside of China.