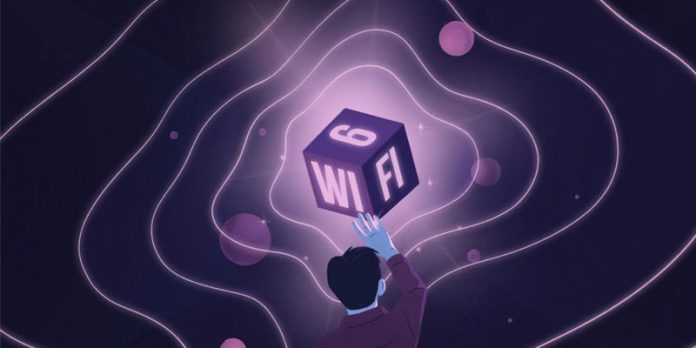 While some of you may be overwhelmingly upset to see the back of such sexily named spectrums… For most of us, the new naming standard is a breath of fresh air. Having a simple new number naming system (e.g.. Wi-Fi 6) makes choosing a new laptop, smartphone or gadget way easier.

Now, in the name of making things simpler… let’s ditch that Hyphen and just call it WiFi from now on👍.

In this Quick WiFi Guide, I’ll explain the benefits of each Wi-Fi standard as well as whether it’s worth upgrading your next device to the latest WiFi 6E standard or even holding off for the upcoming WiFi 7 standard.

Related: Upgrade your Laptop to WiFi 6E in less than 5 Min

The long and short of it is that for a smartphone, gaming device or media streaming device, you should aim for WiFi 6 and hope for WiFi 6E as this will give you the fastest speeds and lowest latency.

Why care about latency?

Well, cloud gaming is here to stay and low latency is the difference between your game feeling fluid and responsive or slow and jerky. If you’re looking to take advantage of the latest cloud gaming services such as Xbox Cloud, GeForce Now or Stadia, you’ll want a WiFi 6, or WiFi 6E router.

WiFi 7- Looking to the Future

At the Mobile World Congress 2022, we got our first glimpse of what new chipsets would support the new WiFi 7 standard and what benefits that would bring to us.

Editors Warning: You may fall asleep while reading the next paragraph.

Ultra-low latency is a continued trend with promises and better-sustained low-latency when compared with WiFi 6E due to enhanced High-band simultaneous multi-links. Also, WiFi 7 can combine two 6Ghz 160Mhz channels into one super-channel at 320MHz doubling the speeds and data throughput. Finally, the WiFi 7 standard will have better support for using both the 5Ghz and 6Ghz bands simultaneously as they become available on the network equipment.

What this means for us, is the possibility of 8K video streaming, greatly improved AR applications and faster more reliable data speeds for cloud gaming and virtual reality.

Can you get your grubby little mitts on a WiFi 7 card for your laptop? Not yet, you’re going to have to wait till at least 2024 on this one. Considering that WiFi 4 took six years from Proposal to launch, 2 years ain’t bad.

WiFi 6E brings a significant upgrade to the WiFi 6 standard which is the incorporation of a whole new band, the 6GHz band which covers 1200Mhz.

The US, UK, Chile, South Korea and UAE were the first to open up this new wavelength for unlicensed public use.

Related: Upgrade your laptop to WiFi 6E in 15 minutes.

The benefit of using the 6Ghz band is super-fast data transfer versatility. The standard can use up to 7 super-wide 160Mhz blocks for maximum speed transfers or split into 14 smaller 80Mhz blocks. This allows the routers to provide maximum speeds to multiple connections simultaneously while saving power for low data connections.

Also, having access to the 6Ghz band means less congestion for your devices.

Finally, the other unique benefit to WiFi 6E over WiFi 6 is the mandatory use of WPA3 Security on the 6Ghz band. This improved security protocol offers enhanced password encryption as well as increases open hotspot protection.

While the benefits of WiFi 6 are obvious, it’s still in its infancy. Don’t let WiFi 6 vs WiFi 6E be the deciding factor when choosing your next device as there’s still a lack of 6Ghz connections points or home routers.

But if you’re like me, then you’ll gloat a little inside when you know your laptop is one of the few devices able to connect to the uncluttered open bandwidth highway that is 6Ghz.

Prior to the simplified renaming system, we had to call WiFi 6… 802.11ax. It just rolls off the tongue.

Naming aside, let’s talk about the huge benefits that came with WiFi 6 when it was released in 2019 and why it has grown into over a $6 billion dollar industry and makes up over 50% of all the currently produced WiFi chipsets.

The two most common WiFi standards you’ll find in your device is either WiFi 6 or WiFi 5 and they have some major differences that you’ll want to know about.

The good news is that WiFi 5 is slowly losing market share to WiFi 6 and 6E being mainly used to low-cost budget devices. With a greater market share, it’s also cheaper to produce than older WiFi 5 chips. That being said, even the recent Xbox Series S/X shipped with a WiFi 5 chipset.

We can break the key benefits of WiFi 6 into 4 segments:

WiFi 5 was released back in 2014 under and is also called by the 802.11ac standard. It’s still in common use today and works solely in the 5Ghz bandwidth.

Released under the name 802.11n in 2019, the WiFi 4 standard was the first to work in both the 2.4Ghz and 5Ghz bandwidths. More commonly known as Dual-band.

Do I need to upgrade my equipment to take advantage of WiFi 6E?

Yes, to use the new 6Ghz bandwidth that was opened up to the public with the advent of WiFi 6E, you’ll need both a router and a device that supports the WiFi 6E standard.

Most new premiums routers will use the WiFi 6E standard and give you access to the faster transfer speeds, lower latency and enhanced WPA3 security that the 6Ghz band offers.

Do I need to upgrade my equipment to take advantage of WiFi 7?

Currently, there are no WiFi 7 routers available for consumers to purchase as the standard is still in the process of being finalised. You can expect to start seeing WiFi 7 gear in the next couple of years.

Even though you’re unlikely to WiFi 7 connection points, mobile devices with WiFi 7 capable chipsets are already coming to market this year. You can think of this as them future-proofing themselves for when WiFi 7 finally releases.