Can the Ulefone Power win the ‘Battle of the Mega-Batteries’?

Looking for a smartphone with great battery life? Check out our quick-guide here: The Top 5 Best Smartphones for Battery-life in 2016. Or read on for the full Ulefone Power Review.

Luckily there’s been a recent surge in phones with a focus on battery life, enabling us to keep connected well past the 2-day mark. The latest of these is the Ulefone Power which features a whopping 6050mAh battery (made by Sony) and fast-charge capability that will help to keep you from being anchored to a wall charger for up to 4 days.

This is the first time Ulefone have gone down the battery nirvana route so we get our hands on the Power to see whether this could knock the Cubot H1 off the top spot.

First, let’s take a look at the ‘What’s good?‘ and ‘What could be better?‘

The could be Better? 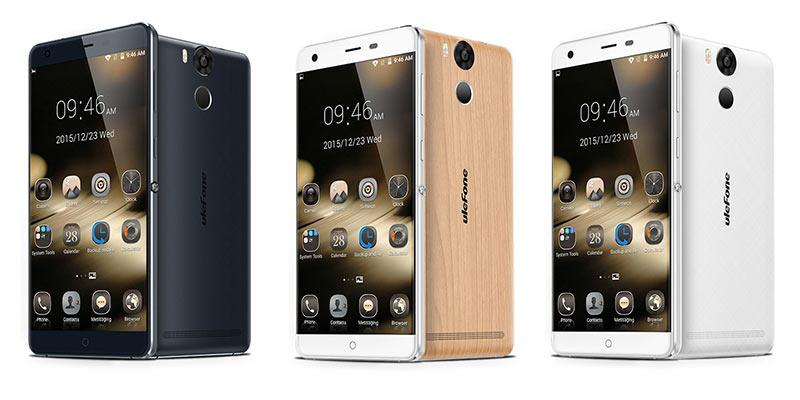 The Ulefone Power features a crisp 5.5 inch Full HD screen (1920×1080 pixels) which has an impressive PPI of 401. The phone also uses Gorilla Glass 3 which is a nice touch (excuse the pun) and will protect the screen from minor scratches.

The screen works well indoors and out, with a text looking crisp and images looking reasonably vibrant. The Power also has good viewing angles with the black levels, although not AMOLED, still producing a good amount of ‘pop’.

In your hand, the Ulefone Power feels well-built but what you’ll notice is that the device is slightly on the heavy side. The official weight from Ulefone is 190 grams battery included, although I think in reality it may weigh slightly more. I haven’t mentioned this as a negative point because there is a very good reason for the extra-weight and that is the 6050mAh battery. The bigger the battery the more it’s going to weigh.

On the side, you’ll find a dedicated shutter button which makes taking selfies effortless but is at a slightly odd angle to use as the rear camera shutter button. On the top, you’ll find an RBG notification LED and on the bottom the backlit capacitive halo home button.

Ulefone have opted for a finger-print sensor on the back of the Power. Its placement is quite high which could be a stretch for anyone with smaller hands. But, credit to Ulefone, the sensor is fast and accurate if your fingers are up to the stretch.

Strangely out of the box the Ulefone power I received only had the 32bit OS version of Android 5.1, the MediaTek chip inside is capable of 64bit… Strange. Ulefone have promised a guaranteed update to Android 6 with the Ulefone Power so this could include the 64bit upgrade we are looking for.

Ulefone provides a bloat-ware free experience on the Power with a close to stock Android feel. Custom software options include; the ability to set up finger-print actions through the Ulefone software, Customisation the notification LED, Gestures to unlock and open certain apps and Double-tap-to-wake. 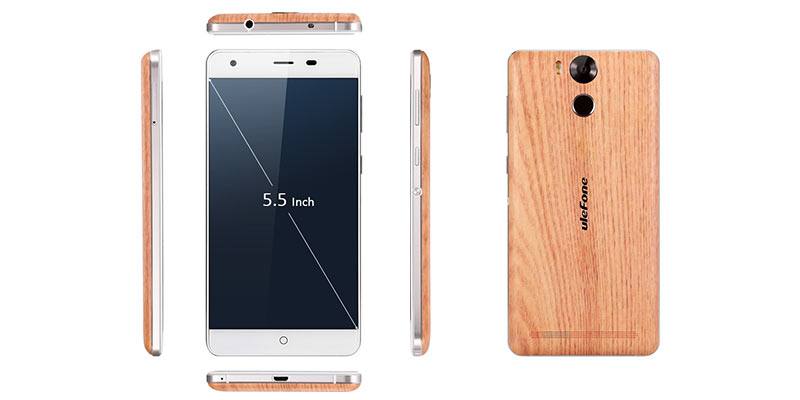 Ulefone haven’t gone with the latest Helio processors from MediaTek which has helped to keep the costs down but that doesn’t mean they have made cuts elsewhere because the Power has 3GB of RAM, a fingerprint sensor and an infrared sensor to keep us happy. Specification-wise the Ulefone Power compares very similarly to the Ulefone Paris.

The brains behind the Ulefone Power is the MediaTek MT6753, which runs at 1.3GHz on all 8 cores, it’s the same CPU that we see in the Ulefone Paris. Although not a high-end chip the MT6753 is nippy and responsive giving the phone a fluid responsive feel.

When we tested the Ulefone Power some of the games were stuttering slightly. This is a known issue by Ulefone and they are working to resolve it with over-the-air OTA updates. After they rebuild the ROM for the Marshmallow update I’ll re-test the gaming performance of the Ulefone Power.

The Power comes with 3GB of RAM inside which was plenty to keep the phone running smoothly throughout our testing.

The phone comes with 16GB of internal storage with the option to expand this further by using an external memory card of up to 128GB. The downside to this is that using an SD card will take up the second SIM slot so it’s an either / or scenario.

Now this is where the phone really shines. Inside the non-removable back, you’ll find a 6050mAh battery manufactured by Sony that also features quick-charge. With medium usage, you’ll be able to push the Ulefone power to run for around 4 days. That’s fantastic for a smartphone and I can see this being some strong competition for the slightly cheaper Cubot H1.

To fully charge the Ulefone power it will only take around 2 hours which is pretty decent and 5 minutes connected to their quick-charge charger will get you around 2 hours of phone usage. 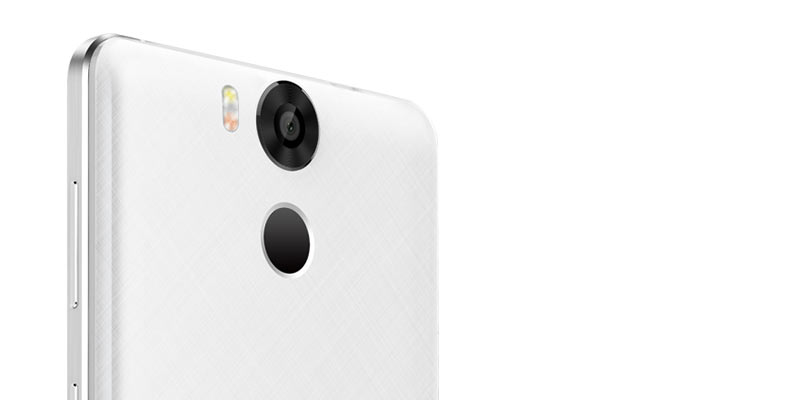 Featuring the Sony IMX214 rear camera lens the Power has the ability to take some good outdoor photos. The HDR mode works well and if you have a steady hand I recommend to leave this on. 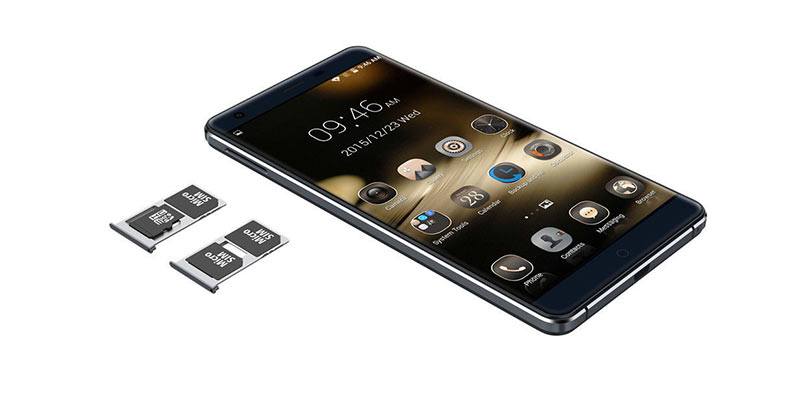 The Ulefone Power has a good selection of sensors that we sometimes find missing in other Chinese branded smartphones. Also, the addition of GLONASS GPS is an added benefit and helps to improve the GPS accuracy of the device. Both SIM slots are 4G capable but not at the same time.

Will the Ulefone Power work in the UK?

Inside the Ulefone Power box, you’ll find: A rather large EU quick-charge wall charger, OTG cable, screen protector, headphones, a quick-guide, SIM pin & a clear case. These cheap cases are great for sticking into certain generic cases that have a stick pad. 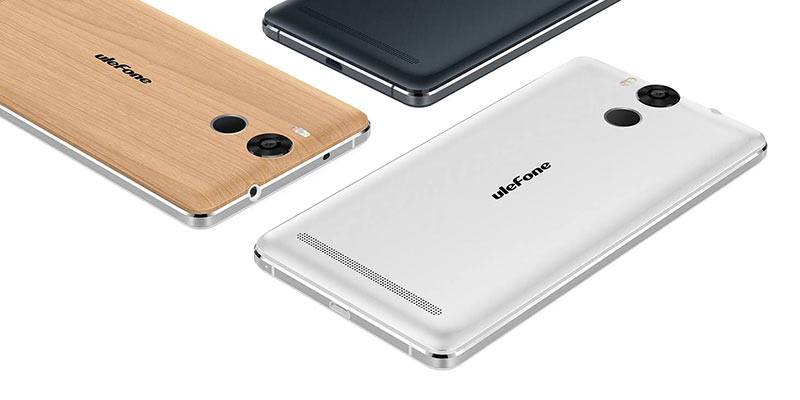 Is the Ulefone Power right for you?

At around the £130 mark, the Ulefone Power is a jump up from the Cubot H1 in terms of price. But for the extra money you do get an extra 1GB of RAM, a full HD screen and a slight bump in processing power. The downside is all these improvements use more battery power.

It’s a solid choice for anyone looking for some hefty battery life and the promised Android Marshmallow update is again another plus point for the Ulefone Power. If super long battery life isn’t high on your agenda then I think the weight of the device might seem a little excessive and something the lightweight Ulefone Power or the Cubot X17 might be a better fit for you.