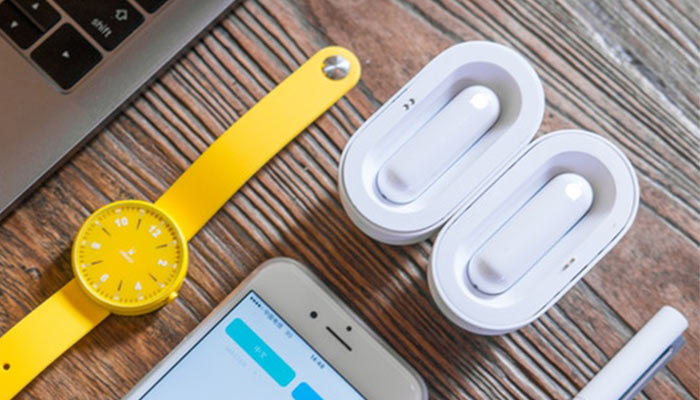 In the original Guardians of the Galaxy, it felt like every character could understand one another without issue. While we can suspend disbelief for something like a talking, walking tree or a warrior who could stand so still he was invisible, the idea that everyone in the Galaxy spoke perfect English was a little too far-fetched.

That was, however, until director James Gunn revealed that it is not that everyone studied at the same galaxy-wide ESL school, but that they had translators that adjusted the spoken language of aliens to the language of the wearer, and everything made perfect sense.

Introducing the WT2 Plus Translation Earbuds. 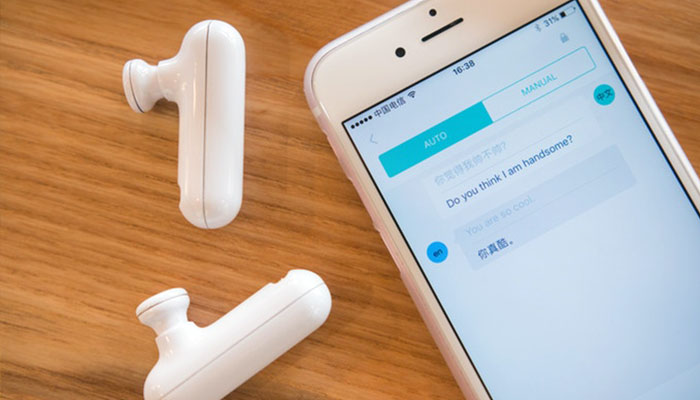 WT2 Plus Translation Earbuds boast a catalogue of 40 languages, which amounts to 85% of the entire world’s population. Within this catalogue, it can also handle different accents and translate speech with 95% accuracy and real-time (or what is virtually real-time) translation. To achieve this, WT2 collaborated with the top language engine enterprises worldwide.

Some of the key languages include Arabic, Cantonese, Thai, Japanese, and Korean, while other, lesser-used languages include Filipino (or Tagalog) Catalan, and Slovenian. As you’d expect, standard worldwide languages, including French and English, are present also.

The wireless Bluetooth connection is exactly what you’d expect and prevent bunching wires and cables. There are also dual noise receivers built into the earbuds that remove ambient noise in your surroundings to deliver a more clear picture (which as you know will always say a thousand words). These receivers operate based on an Adaptive Beamforming Algorithm and Adaptive Noise Cancellation that ensures clarity and captures every word.

You can also enjoy three modes within the app, and these are Simul, Touch, and Speaker.

Simul mode works as a two-way translator for both parties, with each wearing an earbud. This mode is perfect for quiet environments and helps to replicate natural conversation that is too often lost when using Google Translate or similar apps for communication.

Touch mode is ideal for complex, busy, and bustling environments such as a market. Users can press their finger to the sensor on the earbud while wearing both and release the finger when the person has finished speaking. Once the earbuds recognise the monologue is complete, it will translate it in full, playing in both earphones so that you don’t miss a thing.

With Speaker mode, all you need is a single earphone and smartphone, as well as someone to speak to, of course. This is similar to Simul mode but designed more for quick and casual conversations that won’t last too long.

To ensure the highest quality translations, the WT2 uses translation-only software and avoids allowing you to listen to music or make phone calls. With less tech, you get less interference and a smaller chance of anything going wrong. This attention to quality guarantees everything will work precisely as it should.

The overall innovative sharing design helps to bring people together and make conversation simple. The translator also allows more than two people to communicate so that nobody will feel left out during conversations. 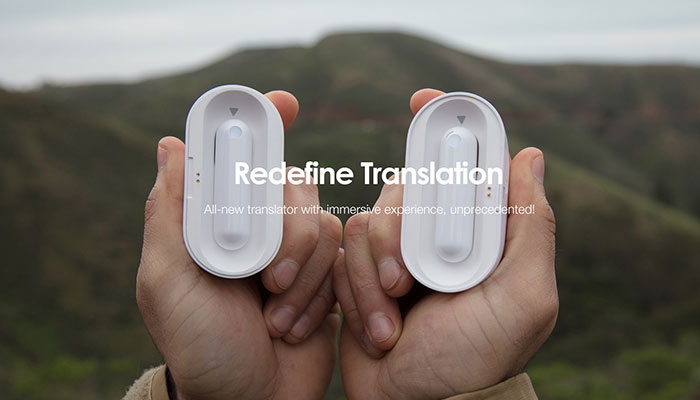 Translation & Ease of Use

Unlike apps such as Google Translate, which can only translate one way at a time, e.g. English to Spanish but not Spanish to English without changing the settings, these AI translator earbuds translate in what is essentially real-time because while it’s not perfect just yet, it will certainly take something special to beat it.

The translation itself is fast, as long as both parties speak clearly and neither talks over the other. Otherwise, there will be too much interference, which will affect the quality of the translation. This may take some getting used to at first, but once you’ve mastered it, you’ll fit right in wherever you go.

It can translate over 40 languages and can also handle 88 accents, which should serve you well in different regions of the same country. Dialect is something that is often overlooked when it comes to translation, so it’s nice to see it has been considered here.

As for ease of use, you’ll find a straightforward setup for both Android and iOS devices, and the companion app is easy to navigate, also. Once set up correctly, you can use the earbuds straight out of the box, which is ideal for when you land in a new, unfamiliar place and find the language barrier to challenging to overcome.

And at optimal performance, the battery life lasts five hours, so while you can’t expect to sit up having all night chats with new friends, you can still get a decent amount of conversation in before the battery runs out.

Thankfully, the 30-minute charging capabilities mean that even if the battery does run out, it won’t be long before you can start chatting with the locals and getting around like someone who’s lived there all your life in no time. For convenience, the earbuds will charge in the pebble charging case, just like AirPods, so as long as that is full of juice, you can keep them ready on-the-go.

The Bluetooth connectivity works over 20 feet, and within this range, you’ll find fast and stable audio transmission. As a Bluetooth device, you can also connect it with any modern smartphone for perfect syncing in seconds.

It might not be capable of translating alien languages to perfect English just yet. Still, with such a diverse library of on-Earth languages ready at any time, the WT2 Language Translation Earbuds are certainly onto something.

If you love to travel, struggle with learning foreign languages, or often feel embarrassed trying to get by in a foreign country, these are arguably the best way for you to get around.

Cheaper than hiring a language tutor or translator for your trip, you’ll find a lot to love with the WT2 Language Translation Earbuds, and you’ll find that the world is now indisputably your oyster.