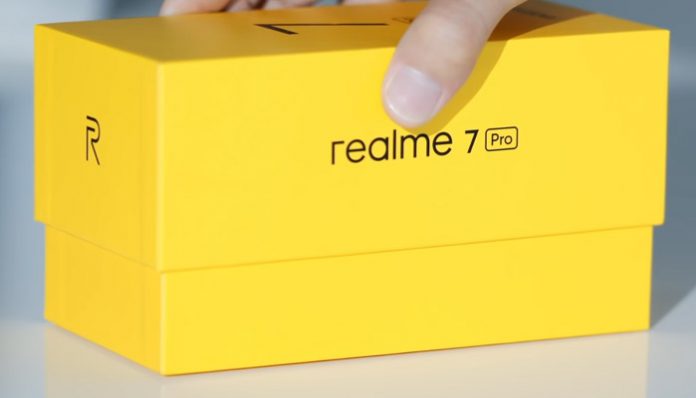 The Realme brand is just a couple of years old but has gained a lot of traction, thanks to their high-quality, competitively priced offerings.

We recently reviewed the Realme 7 and found it to be an excellent bang-for-the-buck smartphone. But here, we have its “Pro” version priced £100 higher, and reeling in a slew of premium features.

The main USP of the Realme 7 Pro is its Super AMOLED screen (amazon). However, the smartphone is also well endowed in other areas. You get the gaming-centric Snapdragon 720G to power the device coupled with a 4500mAh battery and the excellent 64MP primary sensor from Sony.

However, are all these worth the £260 asking price?

Well, that’s exactly what we’ll find out in this in-depth review of the Realme 7 Pro. 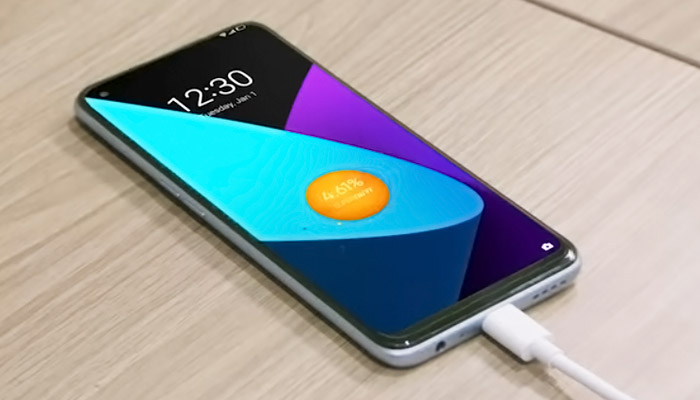 Right off the bat, we have the main highlight of the device – a gorgeous 6.4” Super AMOLED panel. With deep blacks and punchy colours, it’s a joy to consume media on the Realme 7 Pro, be it watching blockbuster flicks or playing high-def games. The display can also get really bright, making it fully legible even under direct sunlight.

The high 90.8% screen-to-body ratio also lends itself to a more immersive viewing experience. You get a near bezel-less display with a slight chin on the bottom, and a small punch-hole for the selfie camera.

However, if you find the cutout distracting, you can easily hide it by adding a black bar from the settings menu. And since it’s a super AMOLED screen, the pitch blacks are so convincing that you’ll forget that there was a punch-hole to begin with.

Other than this, being an FHD+ display with 1080 x 2400 resolution, you get sharp and crisp images. In terms of pixel density, the device boasts 411PPI (Pixels Per Inch) making it virtually impossible to notice any pixelation on the screen. 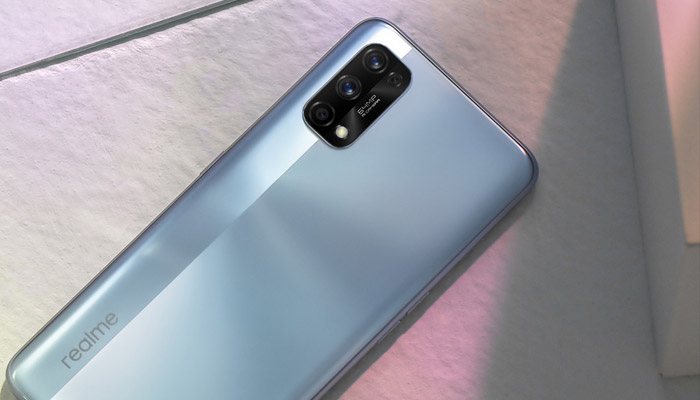 The only qualm I have is that the Super AMOLED screen sports the standard 60Hz refresh rate, whereas the non-pro variant – the Realme 7 gives you a 90Hz panel, albeit an LCD.

Now, understandably, higher refresh rate AMOLED panels are very expensive, which is why Realme skipped it to keep the price low. But all things considered, it just bugs me to see a “pro” version that doesn’t include all the features of its “non-pro” variant. 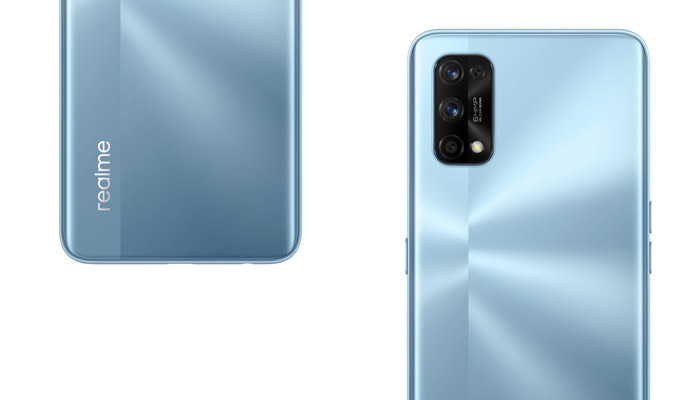 With the 20:9 aspect ratio, the Realme 7 Pro is taller compared to the competition. And at just 8.7mm thick it boasts a compact form factor given the 6.4” display. Most people can easily use it single-handedly, without having to perform fancyful finger gymnastics.

Also, at just over 180g, the device is considerably lighter relative to the other 6-inchers on the market. This is made possible thanks to the polycarbonate design, which weighs less compared to the popular glass-sandwich form factor.

The device is durable enough to resist wear and tear that comes with regular day-to-day usage, including the occasional bumps and thuds. You even get a water repellent coating to protect it from accidental splashes. But noting the lack of an IP rating, I won’t recommend you to go completely reckless.

Also, as a testament to the Realme 7 Pro’s reliability and endurance, it has cleared a series of 23 major and 72 minor standardised tests to become TUV Rheinland Smartphone Reliability Verified.

Other than this, you get a “Split Mirror” design on the back panel, which gives the smartphone a fancy and premium look. Whereas, thanks to the soft matte finish, the device has an excellent in-hand feel. 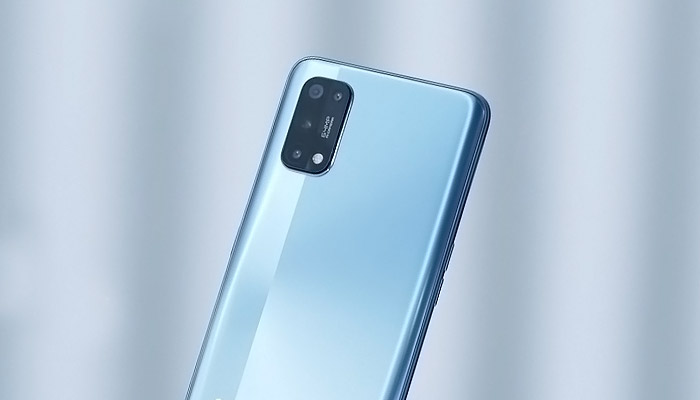 The Pro model upgrades the 48MP sensor on the regular Realme 7 to the much superior 64MP Sony IMX642 sensor. It’s the same lens you get to see on the Xiaomi Mi 10T and the Samsung Galaxy M51, which should give you an idea for the overall image quality.

When working with ample lighting, the Realme 7 Pro captures a lot of details with better than expected colour accuracy, white balance, and dynamic range. The images turn out nice and crisp with punchy colours and negligible noise.

Low light photography with the 64MP snapper is also impressive. Sure, it won’t produce flagship-level imagery, but the sheer amount of detail it retains is just applaudable.

But, what’s not praise-worthy and somewhat even disappointing are the three other lenses that complete the quad-camera setup.

Starting off, you have a 2MP macro and a 2MP mono (Black & White) sensor that clicks unusable shots. On top of that, you have the 8MP ultrawide lens – which objectively speaking – is average at best. It’s jarring to notice the drop in quality when you switch from the primary lens to ultrawide mode. Ahh! 😣

But with that being said, the 32MP front-facing shooter is well worth its money. With awesome edge detection and background blurring, it helps you take some awesome selfies that you’ll gloat to share on social media. 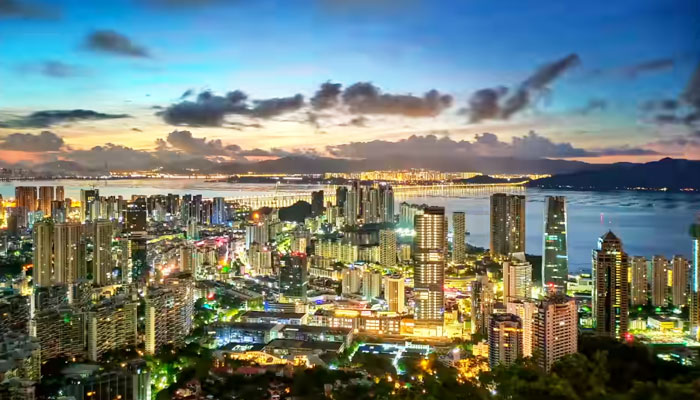 The Realme 7 Pro allows you to shoot EIS (Electronic Image Stabilization) supported 4K videos at 30fps. The auto-focus feature is excellent, and the phone can easily handle sudden shifts in exposure levels.

But if you want to shoot smoother videos, you’ll have to downscale to 1080p where video recording is supported up to 120fps.

There is also support for 240fps slow-mo video recording, but that’s capped at 720p.

Other than this, you get access to a powerful pro-mode, and a feature-packed settings menu which will open up tons of room for experimentation. 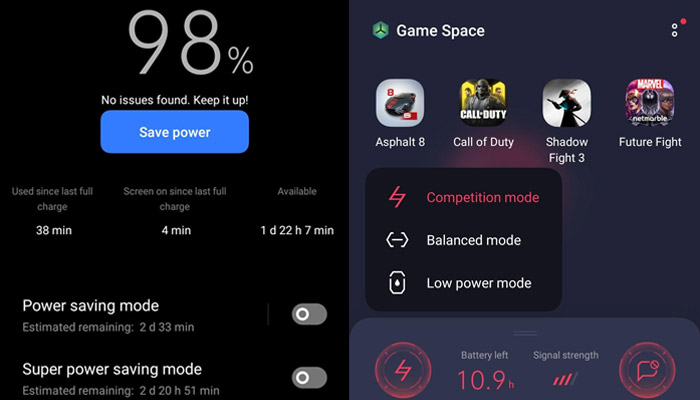 Under the hood, the Realme 7 Pro rocks the Snapdragon 720G. It’s a powerful midrange chipset where the “G” stands for gaming. Paired with the Adreno 618 GPU, the device offers excellent gaming performance.

You will be able to play all the popular AAA titles that are available on the Google Playstore. However, since it’s no Snapdragon 888, some of the heavy graphic-intensive games will require you to play at lower settings to enjoy smooth framerates.

For example, with PUBG I found the device able to give me “Ultra” framerate at “Balanced” graphics, which dipped to “High” frame rate when I switched to HD. This should give you a basic idea about the gaming performance on the device.

In terms of day-to-day usage, the Realme 7 Pro makes light work of casual workloads – be it browsing social media, texting your friends, streaming Spotify, or doing all of these at once.

The multitasking experience is also snappy thanks to 6GB of onboard RAM. You also get an 8GB variant, but that much RAM is rarely required. For storage, you only have one option for 128GB. And in the off chance you manage to fill it up, you get support for 256GB memory expansion.

We can’t talk about a Realme smartphone and not mention its custom skin – the Realme UI.

Design-wise, it retains a similar interface to stock Android but tweaks the overall aesthetics, making it much more vibrant and colourful. It also adds tons of features and options over vanilla Android – some of which are really useful while others I tend to forget and never use.

Now, apart from the extra features, you should also note that the UI comes with some extra bloat in the form of pre-installed i-didn’t-ask-for-these apps. Fortunately, you can uninstall them, so thank you😌 – I guess! 😓😕🤨 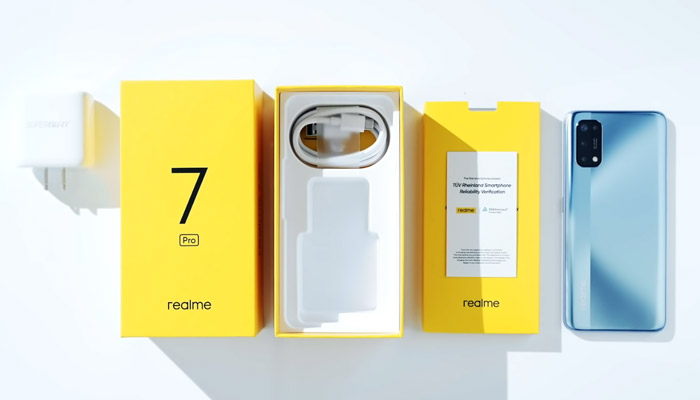 To power all the components, the Realme 7 Pro goes for a 4500mAh battery. That’s a 500mAh handicap over the non-pro version.

But with that being said, thanks to the AMOLED panel and the power-efficient Snapdragon processor, you can get record screen-on-time with the device.

In my testings, the phone lasted me through a 4-hours gaming session playing PUBG and then Genshin Impact – all demanding titles. I also binged the entire 1st season of The Umbrella Academy (good show by the way) on a single charge – which is 9hrs long – and still had around 20% juice left in the tank.

As such, the device can easily last a full workday of typical usage involving video calls, taking pictures, recording short videos, and playing some AAA games. And if you are a light user who mostly sticks to social media and streaming YouTube, the Realme 7 Pro will give you two days’ worth of battery life.

Now, although this is impressive, what’s really going to blow your mind away is the 65W SuperDart charger. In a bit over 30 mins, it can charge your phone from 0% to a full 100%. That’s Insane! 🤩 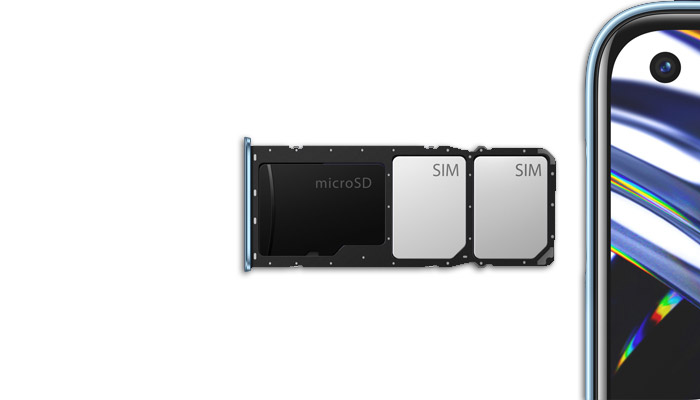 As far as connectivity is concerned, the Realme 7 Pro delivers everything you’d expect starting with dual-band WiFi, Bluetooth 5.1, and a USB Type-C port. But it also exceeds certain expectations by bundling in NFC with Google Pay support, the endangered 3.5mm headphone jack, as well as a proper dual-SIM tray with two dedicated slots for your 4G nano-SIMS and a separate slot for MicroSD expansion.

Courtesy of the Super AMOLED display, the Realme 7 Pro comes with an in-display fingerprint sensor – something we normally only see on more expensive phones. It’s really snappy and takes less than a second for recognizing your biometrics to unlock the screen.

Face unlock is also supported and works great. There is a feature in Realme UI that prevents face unlocking if your eyes are closed. That’s a lifesaver if you have nosy siblings or roommates.

The Realme 7 Pro is an excellent smartphone, but only if you fall into its target audience.

For example, a polycarbonate build in 2021 might be a deal breaker for some users. But for others, the Super AMOLED screen is going to be more than enough to make up for it.

Similarly, some people might be looking for large 5000+mAh batteries, while many will just jump and frolic seeing their phone getting charged by 3% every single minute.

Besides this, in terms of overall performance and camera quality, the Realme 7 Pro goes toe-to-toe with its peers. In fact, I will even rank it above-average considering the pricing.

Overall, if you fit into the demographic, then the Realme 7 Pro stands out as a complete package and well worth the asking price.

Do we recommend the Realme 7 Pro?

If display quality, performance, and affordability are your three main concerns, then the Realme 7 Pro hits the nail on the head.

Has the Realme 7 Pro got your tech buds tingling? Treat yourself!